Appellate: Lawyer a day late, but shouldn't be any dollars short in malpractice case 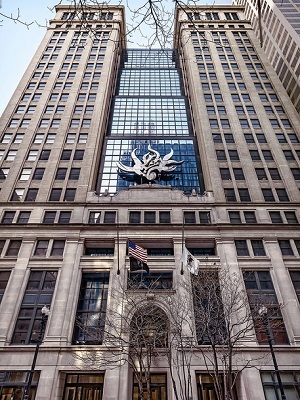 A lawyer’s failure to file an appeal on time may have technically torpedoed a family’s lawsuit against another attorney who they blame for destroying their businesses. But an appellate panel has determined the family would have lost the appeal and the case anyway, and so has denied the family’s attempt to sue its attorney for losing the suit.

In Cook County Circuit Court Case No. 08-L-007284, Ann E. Rodi, three of her children – Robert E. Rodi, Michael J. Rodi and Patricia Rodi – and two family businesses, Rodi Properties and Rodi Construction Company – filed suit against attorney James K. Horstman, of Cray Huber Horstman Heil & Vanausdal LLC, of Chicago, claiming Horstman’s negligence in handling their appeal of a previous lawsuit caused them to lose the appeal and the millions of dollars they believed were owed to them.

On Sept. 15, the appellate court found that the family would have lost the initial lawsuit no matter what Horstman did.

The appeal arose from Case No. 97-L-8640, in which Ann E. Rodi and the three children sued attorney Ronald Roeser for actions he undertook as an attorney for Chrysler Financial Services. The Rodis lost that case because the court found any damage inflicted by Roeser’s actions had been sustained by the family businesses, which were not listed as plaintiffs, and the Rodis had no standing to sue as individuals. Horstman was hired to appeal, but the appellate court dismissed the appeal because Horstman filed it one day late.

According to court documents, Horstman admitted he filed the appeal too late, but said the initial lawsuit was filed after the statute of limitations had expired, so the Rodis would have lost anyway. The circuit court agreed, and the appellate court upheld the decision.

In the initial lawsuit, the Rodis claimed Roeser had destroyed the family’s real estate and construction businesses while attempting to collect on a debt owed by Ann Rodi’s husband, Robert J. Rodi, and the family’s yacht and marine businesses. In 1987, Rodi Yachts obtained a loan from Chrysler Financial that was personally guaranteed by Robert J. Rodi, and Rodi Marine co-signed the loan. Three years later, Robert J. Rodi distributed his interests in Rodi Properties and Rodi Construction to Ann Rodi and the couple’s six children.

When the loan from Chrysler went into default, Chrysler sued Robert J. Rodi, Rodi Yachts and Rodi Marine, and the court awarded it more than $1.2 million in 1990. By January 1991, Rodi Yachts had paid enough to reduce the debt to around $355,000. In February of that year, Roeser filed citations to discover assets with banks that had loaned money to Rodi Properties and Rodi Construction, though Robert J. Rodi no longer held interest in those companies. The citations indicated Rodi still owed the entire $1.2 million. Subsequently, the banks refused to extend any more credit to Rodi Properties or Rodi Construction, court documents said, forcing Rodi Construction to sell off a large part of the property it owned at a substantial loss. In 1992, Robert J. Rodi and Rodi Yachts filed for bankruptcy.

The initial lawsuit against Roeser was filed in 1997, though the Rodis’ attorney warned them it would be difficult to prove, and said they may have missed the statute of limitations.

In 2005, the circuit court denied a motion for summary judgment based on statute of limitations, but found the Rodis did not have legal standing as individuals to bring the suit. Horstman took up the appeal in 2006. Two years later, the Rodis filed Case No. 08-L-007284 against Horstman and the attorney that represented them in their first lawsuit. They settled with the other attorney, and the court granted Horstman summary judgment based on a 2014 clarification of the statute of limitations that showed the case would have been dismissed no matter what Horstman did.

The appellate court upheld the decision.