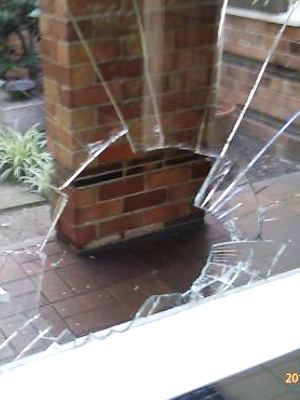 A Chicago woman is suing a Wrigleyville neighborhood tavern over battery charges following a 2014 scuffle.

Jessica Aguilera brought a lawsuit against Zitro Enterprise Corp., doing business as Fiesta Cantina, on Sept. 17 in Cook County Circuit Court, Law Division alleging that she was injured in October 2014 due to the defendant’s negligence regarding an altercation at the 3407 N. Clark St. venue.

The suit states that when a conflict arose among several patrons on Oct. 19, 2014, at approximately 1 a.m., and Aguilera was one of several patrons pushed toward the doors to exit the bar, she was thrown into a glass door by a Fiesta Cantina security employee.

Aguilera claims that the employee then picked her up and placed her outside of the establishment. According to the complaint, the plaintiff did not consent to the action, and the bouncer willfully and intentionally harmed her person.

The suit states that Aguilera was transported to a hospital emergency room for head injuries. Averring mental anguish, physical pain, and medical expenses, the plaintiff charges the defendant with harming her knowingly and with malicious intent.

The plaintiff seeks punitive damages in excess of the minimum jurisdictional requirements, plus attorney’s fees and costs. She is represented by Daniel Q. Herbert of The Law Offices of Daniel Q. Herbert & Associates in Chicago.

Want to get notified whenever we write about Law Offices of Daniel Q. Herbert & Associates ?

Sign-up Next time we write about Law Offices of Daniel Q. Herbert & Associates, we'll email you a link to the story. You may edit your settings or unsubscribe at any time.