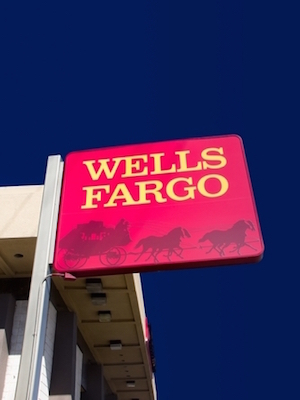 An Arlington Heights man has filed a class action lawsuit against Wells Fargo Bank, saying that the bank has repeatedly harassed him with unwanted automated phone calls and text messages.

Plaintiff Ethan Jones filed suit Sept. 22 in federal court in Chicago, alleging he has received numerous unwanted calls and text messages on his cell phone from Wells Fargo’s automated phone system. The lawsuit does not detail the nature of the messages, but says they were “all related to a third party with whom [Jones] has no affiliation.”

According to the lawsuit, Jones has received about 30 calls and text messages from the bank since May. The calls were all placed using an automated telephone dialing system, and most of the phone calls featured a prerecorded or electronic voice.

The lawsuit notes that Jones is not a customer of Wells Fargo, and says he never gave express consent to receive calls or text messages from the bank.

Before turning to legal action, the lawsuit claims Jones attempted to stop the messages through more traditional means. He called Wells Fargo in August and spoke with a representative in the quality assurance department, who told him he would no longer be contacted, according to court documents. While he has not received any phone calls since that time, the lawsuit says he continues to receive text messages. He texted the word “stop” in reply to one of the texts, and received a confirmation message saying he would no longer receive text messages from Wells Fargo, but the messages have continued.

The suit charges Wells Fargo with violating a section of the federal Telephone Consumer Protection Act that prohibits any person or company from making a call using an automated dialing system or artificial or prerecorded voice to a cell phone or other service in which the called party is charged for the call. The suit claims that Jones suffered damages because the calls and texts used his phone’s storage space and were charged to his data plan.

The TCPA makes an exception for emergency calls or calls to anyone who has given “prior express consent,” neither of which apply in Jones’s case, according to his suit.

The class action includes all people who are not customers of Wells Fargo and received calls or texts to their cell phones via an automated dialing system or artificial voice despite never having provided the bank with express consent. The lawsuit makes no effort to estimate the number of people potentially in the class.

The suit asks for$500 in statutory damages and up to $1,500 in treble damages for each unwanted call or text, for each member of the class. The suit also requests the bank cover the plaintiffs’ attorney fees and court costs. The plaintiff’s attorney has demanded a jury trial.

Jones is being represented by Jeremy M. Glapion of The Glapion Law Firm, LLC of Wall, New Jersey. Glapion has requested the court appoint him class counsel.