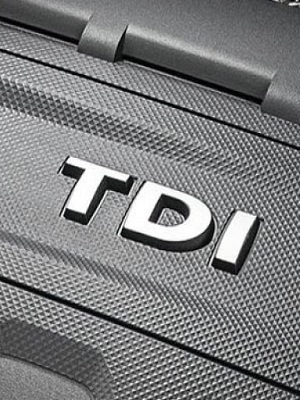 The class action lawsuits continue to pile up against Volkswagen over allegations it installed devices to fool government emissions testing equipment, both in Chicago’s courtrooms and in courts across the country.

As of Oct. 8, more than 400 lawsuits have been filed in federal district courts in states throughout the U.S. against the automaker, and more continue to be added.

The activity is centered primarily in California, so far. In the federal Ninth Circuit, which includes California, Washington, Oregon, Nevada, Montana and Idaho, 106 lawsuits have been brought against VW.

The Third Circuit, which includes New Jersey and Pennsylvania, has also been a hotbed of legal activity against VW, as 78 lawsuits related to the issues at the heart of the class actions have been filed in those states’ district courts.

In Chicago, nine class action complaints have been brought in federal court since mid-September, when allegations against VW first surfaced.

An additional class action against VW has been introduced in Cook County Circuit Court, as well as an individual claim.

Most of the lawsuits locally and nationally have been brought by individuals who claim VW’s claims regarding the emissions and fuel efficiency of its “clean diesel” engines prompted them to buy the cars. Some of the lawsuits, however, involve dealership groups and other businesses.

In Chicago, for instance, Midland Industries, a Chicago-based maker of zinc alloys, filed suit Sept. 30 against VW, asserting the “clean diesel” claims led it to purchase a diesel-powered Volkswagen vehicle as a company car.

Many of the plaintiffs’ lawyers have asked the courts to consolidate all the cases, asking the Panel on Multi-District Litigation to weigh in. The panel next convenes Dec. 3.

Plaintiffs in the hundreds of pending cases are seeking a range of damages, including some who are demanding VW buy back the cars, on top of other damages.

The cases all center on reports alleging, since 2009, Volkswagen has violated the Clean Air Act by marketing “clean diesel” engine cars that still function as high-performance automobiles. The company is accused of installing “defeat devices” to bypass fuel emissions controls as well as “switch devices” to bypass Environmental Protection Agency compliance testing. As a result, the cases allege, the affected vehicles “spew as much as 40 times” the legally allowed pollution levels.

The EPA and California Air Resources Board presented emission reports to Volkswagen, leading to a December 2014 voluntary software recall. When that failed to remediate the pollution problem during further testing, Volkswagen eventually admitted it had installed software to deceive emissions testing equipment.

During normal operating, complaints stated, the software switched to “road calibration” mode, which reduces “effectiveness of the emission control system and increase(s) emissions of nitrogen oxides 10 to 40 times above EPA compliant levels.”

Since the EPA says the road calibration mode and switch capability do not conform to the specifications Volkswagen listed in its certificate of conformity application, the complaints accuse Volkswagen of violating the Clean Air Act each time a new defective vehicle entered the sales inventory.

The complaints include allegations of fraud, concealment and violations of various states’ consumer fraud and deceptive practices laws.