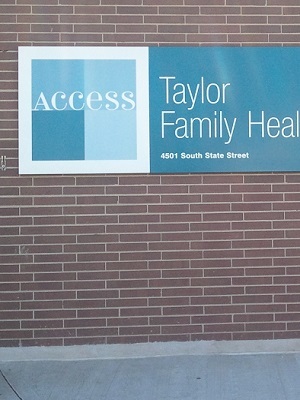 A medical malpractice claim filed against a Chicago clinic and several associated doctors has been moved from Cook County Circuit Court to federal court, after the U.S. Attorney's office intervened on behalf of the clinic and its doctors because the clinic receives federal grant money.

The suit was originally filed in Cook County court in April, but on Oct. 19, U.S. Attorney Zachary Fardon's office removed the claims against Access Community Health Network and the physicians to federal court.

Because Access Community Health Network receives federal funding through grants issued by the Public Health Service, and the doctors named in this suit were working for Access at the time of the injuries alleged in the case, the federal government has jurisdiction in the case, said Watkins' attorney Terrence Geoghegan.

“Normally when you file, there’s no real way to know that they are federal employees, so you file in state court,” Geoghegan told the Cook County Record.

Geoghegan did his research before filing, though, and said he knew this case was headed to federal court.

“Just through past experience and research, we had a suspicion that the doctors ... may have been working for a clinic that received federal funding, because they were defendants in a previous case,” Geoghegan said.

State law allows a suit to be filed up to eight years after an infant is injured during birth, Geoghegan said, but under the Federal Tort Claims Act, the plaintiffs only have two years to file. Geoghegan said that adds pressure to attorneys to get files in order as quickly as possible.

“It takes a while for the clients to come to the attorneys, for the records to be obtained, and the attorney usually wants to see what kind of permanence is involved,” Geoghegan said. “So that can sometimes pose an issue if you don’t get your administrative claim filed in two years.”

The task finding where certain records need to be sent can further complicate cases like this, he said. Geoghegan said filing paperwork correctly in cases involving the federal government is often made very difficult.

Geoghegan said the move to federal court wasn’t a surprise to him in this case, but that it can be for attorneys in other cases. Building a clear picture of defendants and timelines is essential in medical malpractice cases, according to Geoghegan.

“It doesn’t increase the burden I would say, but we have to get active quickly," he said. "When you look at the medical records, there’s nothing in there that tells you they (the doctors) are federal employees. This is the way it is, and you just have to do your research.”