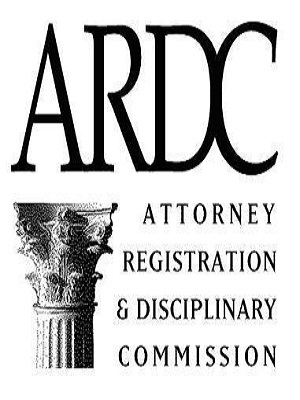 The Illinois State Supreme Court has disbarred a Highland Park attorney who a state lawyer discipline panel found had sexually harassed five female former employees, a neighbor and a woman he did not know who was walking down the street.

On Nov. 17, the Illinois Attorney Registration and Disciplinary Commission announced it had disbarred Paul M. Weiss, the attorney accused in the sexual misconduct, as well as four other attorneys formerly licensed to practice law in Illinois. The state high court in November also signed off on suspensions for 13 other attorneys and censured two more.

Weiss, who most recently had practiced law at the Complex Litigation Group in Highland Park, had formerly practiced law at a firm with former partner, Eric Freed, from 1999-2011. The two lawyers have been embroiled in court proceedings over the old firm’s finances since it dissolved.

However, in 2008, the ARDC launched disciplinary proceedings against Weiss in a complaint that eventually grew to include allegations of sexual harassment and unethical lewd conduct against seven women.

The complaint detailed claims of assault, battery, phone harassment, public indecency and disorderly conduct stemming from Weiss’ interactions with the women from 2000 to 2010.

Weiss, for instance, was specifically accused of asking five former female employees to have sex with him, inappropriately touching them, repeatedly calling them at home and of exposing himself to them, as well as two other women.

An ARDC panel, however, had only recommended Weiss be suspended for 30 months, saying, while they believed Weiss “is a very bad risk” to reoffend, they noted “the bulk” of Weiss’ alleged misconduct “occurred quite some time ago” and Weiss “had done good work in his field of class action law.”

That recommendation came against the guidance of ARDC Administrator Jerome Larkin, who had suggested disbarment.

According to information provided by the ARDC, Peters, of Avon, Colo., had been convicted in New York federal court on charges of conspiracy to commit bank fraud, among other charges. He allegedly worked with others to “defraud Chase Manhattan Bank by overvaluing property and security to obtain an asset-based revolving line of credit agreement for (a) business where he served as an executive.” He was sentenced to five years in prison and ordered to pay $11 million to the bank and forfeit more than $23 million to the federal government.

The ARDC said Simard, of Henderson, Nev., had been convicted in California state court for allegedly conspiring to defraud his former employer and steal $260,000. He was sentenced to five years probation, and his law license was suspended on an interim basis in April.

The ARDC said Fainman, of Evanston, had been disbarred over his refusal to pay $560,000 in damages to five teachers who he allegedly had negligently represented in a lawsuit against their former employer. He allegedly “misrepresented to the teachers that the case had been dismissed due to factors beyond his control,” forcing the teachers to retain other counsel in a futile bid to reinstate the litigation. They then sued him successfully for legal malpractice.

Hedges, of Merrillville, Ind., was disbarred on consent after the ARDC said he pleaded guilty to a charge of attempted criminal sexual conduct in Michigan for allegedly using force or coercion to attempt to engage in sexual conduct with another person. The ARDC said he had been sentenced to 30 days in prison and 24 months of probation.

In addition to the disbarments, the state Supreme Court also suspended 13 other lawyers in November.

Among these, the court suspended Robert C. Beck, of Wheaton, on an interim basis and pending further order of the Court, after he was charged in DuPage County in connection with the alleged theft of more than $2 million from clients between 2011 and 2015.

The ARDC said Warren Ballentine III, of Durham, N.C., was suspended on an interim basis and until further order of the Court after he was found guilty in federal court of fraud, mail and wire fraud, bank fraud and of making false statements to financial institutions for allegedly acting as a lawyer in real estate closings involving more than 24 fraudulent loans, costing lenders $10 million.

Byron L. Landau, of Las Vegas, Nev., was suspended for three years for his role in Credence Law Group, a company run by non-lawyers which “allowed non-lawyers to solicit clients, give legal advice and withdraw money from his client fund accounts.” The ARDC said Landau received $62,000 in fees from the arrangement.

John Dentamaro, of Addison – six months and until further order of the Court;

Jason W. Feingold, of Chesapeake, Va. – two years and until further order of the Court;

John A. Franczyk, of Glenview – one year and until further order of the Court;

Albert S. George, of River Forest – one year and until further order of the Court;

Victor W. Groszko, of Chicago – one year and until further order of the Court;

Corey E. Meyer, of Chicago – 18 months, with all but the first five months stayed by a one-year conditional probation;