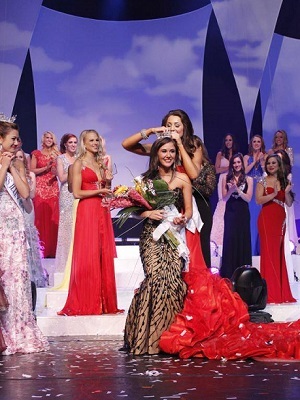 A legal spat between the Miss America Organization and a suburban Chicago-based outfit which had for years run the Miss Illinois pageant will head to arbitration, after a Cook County judge determined the dispute, despite the protestations of the Illinois group, should be controlled by the terms of a licensing agreement governing the relationship between the pageant organizers.

On Dec. 16, Cook County Circuit Judge Lynn M. Egan granted a request from the Miss America Organization to suspend the proceedings and compel both parties to take the matter to an arbitrator.

The decision arose from litigation filed in Cook County Circuit Court earlier this summer by Illinois Scholarship Association Inc., a Lake in the Hills-based organizer of the Miss Illinois pageant, against the Miss America group.

Court documents related to the case said, in June, Miss America Organization notified the ISAI it intended to “terminate ISAI’s exclusive state licensee agreement,” the document, which since 2006, had authorized the ISAI to use the Miss America name in connection with its statewide beauty pageant.

That contract also entitled ISAI to the proceeds from the annual Miss Illinois event ISAI had hosted in downstate Marion at that city’s Civic Center.

However, this year – the final year of the contract to host the pageant at Marion’s arena – ISAI said in its July lawsuit that the New Jersey-based Miss America Organization had “coerced the city of Marion to withhold payment” of about $69,000 in ticket sales generated by the Miss Illinois event. According to the complaint, the Miss America Organization had told Marion city officials ISAI’s licensee agreement had been terminated, effective June 16, and the money should be “turned over to MAO because the Illinois Organization … has no authority to operate as part of the Miss America program.”

ISAI, which was represented by attorneys with the firm of Zukowski, Rogers, Flood & McArdle, of Crystal Lake, had requested actual and punitive damages against the Miss America Organization.

In response, the Miss America Organization had asked the judge to send the dispute to arbitration, a step they argued is required to resolve disputes between the national and state pageant organizations under the licensee agreement.

ISAI argued the dispute goes beyond the licensee agreement, and was predicated more on its contract with the city of Marion.

The judge, however, disagreed.

“While plaintiff (ISAI) correctly points out that the underlying contract … is the contract between it and the city of Marion, the impropriety of defendant’s (Miss America Organization’s) conduct depends on its rights under the State Licensing Agreement,” Egan said.

“The dispute clearly arises out of and relates to the State Licensing Agreement, and therefore, is within the scope of the arbitration clause.”

Miss America Organization was represented in the action by attorneys with the firm of Fox Rothschild, of Chicago.