Doctors not gellin' with custom orthotics claims from makers of Dr. Scholl's inserts 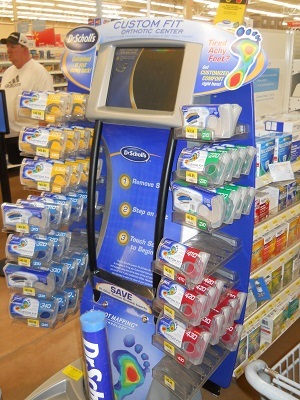 A group of podiatrists is not gelling with advertising claims made by the makers of over-the-counter foot care brand Dr. Scholl’s over just how "custom" is the fit of the brand's retail orthotic inserts.

When Merck sold the Dr. Scholl’s brand to Bayer last year, it was valued at more than $1 billion.

The podiatrists argue that the very name of the product is false and misleading. Using definitions from Merriam Webster and from the American Podiatric Medical Association, the lawsuit defines “orthotic” as a medical term and notes that Illinois law requires anyone prescribing orthotic devices be licensed by the state. Prescription orthotic devices are made custom for each individual patient to address that patient’s unique foot, ankle and leg structure, the lawsuit stated.

“No person is identical to another and neither are their feet,” the suit said. “A prefabricated shoe insert, not made under a prescription based on the actual examination, evaluation and assessment of an individual and his or her feet, is not a ‘custom fit orthotic’ under the plain and ordinarily understood meaning of these words.”

The lawsuit claimed the product’s marketing particularly targets elderly consumers. The product has been available since 2009, according to court documents, though the podiatrists called a recent expansion of the marketing to include claims that the inserts can alleviate lower back pain to be particularly “outrageous.”

Dr. Scholl’s Custom Fit Orthotics are available at drugstores and are commonly sold at kiosks called “foot mapping centers,” in which the consumer stands on a pressure plate to learn which of the 14 styles of inserts are recommended for their feet. The lawsuit claims these kiosks are not a substitute for an actual podiatric exam, that they measure little more than foot size and arch, and that the same person can receive different recommendations at different kiosks, or can alter the machine’s recommendation by shifting weight or posture.

“There are only 14 pairs of inserts available for purchase at the kiosks. Each are allegedly ‘custom fit’ for the innumerable different consumers using the ‘mapping technology,’” the lawsuit says. “Regardless of the actual condition of a consumer’s feet, the ‘Foot Mapping’ technology always recommends that one of the 14 pairs of ‘custom fit’ inserts be purchased at a cost of $50 or more.”

The podiatrists argue that in addition to misleading consumers and selling what they claim is an insert worth roughly $10 for five times that price, Dr. Scholl’s is also unfairly taking business from licensed podiatrists, as consumers looking to save money might believe they are getting the same orthotic care they could get from a podiatrist for a lower cost.

The lawsuit named all podiatrists licensed to prescribe and sell custom fit orthotics in the United States as members of the class. It requested damages of three times the defendants’ profits on Dr. Scholl’s Custom Fit Orthotic inserts, plus prejudgment interest, attorney’s fees and court costs. In addition, the plaintiffs want Bayer to stop marketing shoe inserts as “custom fit orthotics” and to undertake an advertising campaign explaining to consumers the difference between prefabricated inserts and actual custom fit orthotics.

Attorney Michael H. Moirano, along with Claire Gorman Kenny and Stephen A. Gorman, of Moirano Gorman Kenny LLC, of Chicago, brought the action on behalf of the plaintiffs.