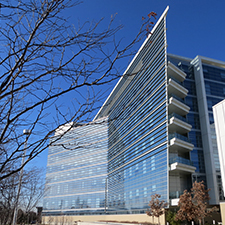 A $5 million settlement has been approved for a 64-year-old woman who claimed treatment she received at Northwest Community Hospital in Arlington Heights left her with brain damage.

The patient, Urmila Patel, and her husband will receive the settlement as approved by Cook County Judge James N. O’Hara. The other defendants in the case were Northwest Community Hospital, and doctors Venkata Behara, Tina Han and Andrew Peck. The case was set to begin trial in January 2016, but the settlement was approved on Dec. 30, 2015.

Amy Kane, an attorney for Northwest Community Hospital told the Cook County Record that this settlement was “of course not” an admission of any liability by the doctors or the hospital for what happened to the plaintiff.

When asked why the hospital did not attempt to take the case to trial, Kane offered no comment.

According to court documents, Patel arrived in the emergency room of Northwest Community Hospital on May 5, 2011. According to information released by her attorneys, she was confused, progressively weakening and may have had a seizure in the ER. Testing purportedly showed a low serum sodium level.

Behara, of Nephrology Associates of Northern Illinois and Indiana, purportedly made an initial diagnosis of severe hyponatremia, very low sodium in the blood and prescribed a sodium solution. Han then took over the case and continued the prescribed therapy. Peck continued sodium administration until the 48 hours had passed. After two days, the therapy puportedly was discontinued.

Patel remained at Northwest Community Hospital until May 11, 2011, when she was transferred to University of Illinois Hospital. The staff there issued a new diagnosis of potine myelinosis, an injury to the myelin sheaths in the brain. Myelin sheaths surround the core of a nerve fiber or axon and facilitate transmission of nerve impulses.

As a result, Patel was under care in a nursing home from May 2011 until December 2014, when her condition improved enough to allow her to return home. She allegedly still has physical limitations surrounding the use of her hands and legs.

According to the statement released by Patel’s lawyers, her potine myelinosis was caused by the sudden increase of sodium during treatment.

Kane said that this settlement will be the end of the litigation in this case.