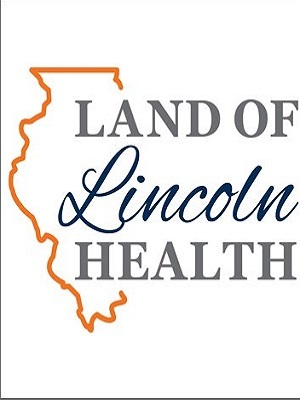 Two Chicago men have slapped a troubled provider of Obamacare health insurance policies with a class action lawsuit, alleging Land of Lincoln Health misled them into purchasing health plans on the belief the plans would include coverage for procedures at University of Chicago Medicine, even though Land of Lincoln allegedly knew the plans would not.

The complaint arose after Land of Lincoln notified the men in January that the health insurance coverage they had just purchased from Land of Lincoln in December was dropping the University of Chicago from its network of covered health providers, effective March 1.

Both men, who are not related, said they had purchased the health coverage through Land of Lincoln specifically because the plans had purportedly included coverage for care through University of Chicago Medicine.

Blumenthal said he required the coverage for the care he needed to receive through University of Chicago Medicine for treatment of a “chronic disease since he was diagnosed more than 10 years ago.” The complaint does not specify the condition, but said “the University of Chicago is recognized as a foremost pioneer in treating this disease, and plaintiff Blumenthal’s continued treatment there is of critical importance to his health.”

Hartzmark said he purchased coverage through Land of Lincoln for him and his wife, “who was stricken with a rare and life-threatening viral infection in April 2015.”

“Her life was saved by the medical staff at University of Chicago, and she ultimately recovered without suffering significant brain damage from what is typically a fatal condition,” the complaint said.

The complaint said Hartzmark purchased the package through Land of Lincoln because he believed it would grant him “continuity of care for his wife and the assurance of being able to utilize the world-renowned medical institution in his own neighborhood.”

Both men said they would not have purchased the coverage through Land of Lincoln if they had known the insurer intended to drop coverage for University of Chicago Medicine in 2016.

Yet the complaint, borrowing language from a Chicago Tribune editorial, called Land of Lincoln’s actions a “bait and switch,” as the complaint alleged Land of Lincoln knew in December, prior to the Dec. 18 deadline for purchasing 2016 coverage, that it had been unsuccessful at renegotiating reimbursement rates with the University of Chicago.

“Prior to Dec. 18, 2015, University of Chicago informed defendant (Land of Lincoln) that it was not open to renegotiating their reimbursement rates,” the complaint said. “Defendant – despite having the ability to instantaneously communicate with its customers via email – did not disclose this development to consumers purchasing insurance policies for in-network coverage for University of Chicago in 2016.”

Blumenthal said the change forced him to purchase a plan costing $170 more per month, as well as pay more than $500 for medication in mid-January.

Hartzmark said he was forced to purchase a plan costing $825 more per month for the same coverage.

The plaintiffs are also asking the judge to certify a class of other plaintiffs in the case, potentially including anyone who bought Land of Lincoln 2016 policies because the policies included coverage for care through University of Chicago Medicine.

The complaint comes as another strike against the troubled health insurer, created as a co-op in 2012 under the federal Affordable Care Act, also known as Obamacare. Land of Lincoln secured a $160 million loan from the federal government in 2012 to launch operations. It secured an insurance license from the state of Illinois in 2013.

According to reports published in Crain’s Chicago Business, Land of Lincoln has now lost $50 million since its inception, and has stopped taking on new customers.

The class action complaint, which included counts of consumer fraud and unjust enrichment, asked the court to issue injunctions barring Land of Lincoln from continuing to engage in “similar conduct,” or from obtaining releases from potential class members. The plaintiffs also requested damages including restitution, and statutory, compensatory and punitive damages, with interest, plus attorney fees.

The plaintiffs are represented by attorneys Clinton A. Krislov and Christopher M. Hack, of Krislov & Associates, of Chicago.