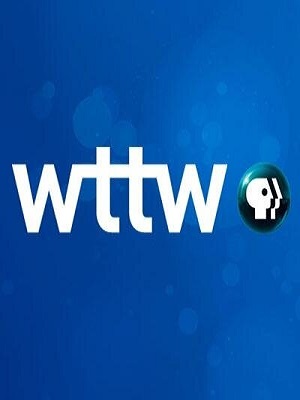 A judge has switched off a court challenge by an Internet company that wants to retransmit the programming of WTTW – Chicago's PBS station – to online users, saying the company isn’t authorized to do so, because it doesn’t meet the required federal definition of a "cable system" and thus is infringing on WTTW's copyright.

U.S. District Judge Charles Kokoras delivered the decision March 23 in Chicago federal court, against FilmOn X LLC, an Internet-based service that allows users around the globe to watch locally aired television programs for free. FilmOn was founded in 2006 in Great Britain; its principal office is in Beverly Hills, Calif.

In 2013, WTTW accused FilmOn of violating its copyright by retransmitting WTTW broadcasts over the Internet. FilmOn went to federal court, asking a judge to declare FilmOn was authorized to make the retransmissions. There have been several similar cases around the country, most notably the ABC v. Aereo case, in which the U.S. Supreme Court ruled in 2014 that Internet startup Aereo could not capture and stream television broadcasts to subscribers.

The WTTW-FilmOn case hinged on the 1976 U.S. Copyright Act, specifically the part of the Act that allows cable television systems to legally rebroadcast programs aired over public airwaves. FilmOn argued it is a “cable system” as defined by the Act and thus authorized to take telecasts and offer them online.

The Copyright Act defines a cable system as a “facility” that first, “receives signals transmitted or programs broadcast” and second, “makes secondary transmission of such signals or programs by wires, cables, microwave, or other communications channels to subscribing members of the public.”

FilmOn insists “cable system” should be interpreted broadly to cover any “device or process” that retransmits television content, such as the Internet.

WTTW admitted Filmon met the first requirement, but disputed that FilmOn’s retransmissions via the Internet are tantamount to transmissions by a “communications channel,” which in turn constitute a “secondary transmission.” Judge Kokoras found WTTW’s reasoning to be compelling.

“In this Court’s view, the definition of ‘cable system’ is plain, and it plainly does not cover FilmOn’s system,” Kokoras observed.

Kokoras said computer users do not receive the WTTW broadcasts directly from the necessary facility, FilmOn, but from an international network of interconnected computers. Further, FilmOn does not relay signals directly to the subscriber, as cable TV systems do. In other words, FilmOn does not control the retransmission path or communications channel.

Further weakening FilmOn’s position in Kokoras’ view, is the stance taken by the U.S. Copyright Office, which rejected FilmOn’s application for a cable system license. As early as 1997, the office determined Internet services cannot claim status as cable systems, according to Kokoras.

“The Court is by no means dismissive of the Copyright Office’s considered opinions on these issues,” Kokoras said, adding the Office’s conclusions are “thorough, reasoned, and consistent, and thus persuasive.”

Kokoras further noted the U.S. Second Circuit Court of Appeals ruled in a similar case in February, the “Copyright Act’s legislative history, development, and purpose indicate that Congress did not intend for (cable) licenses to extend to Internet retransmissions.”

FilmOn tried to neutralize objections to its claims to be a cable system, by promising to limit retransmissions to the market area covered by WTTW, rather than to the world. However, Kokoras was unmoved, noting the Internet is still “capable” of reaching much farther than WTTW’s broadcasts.