The state’s workers’ compensation commission will need to take a second look at a Homewood firefighter’s claim for coverage for post-traumatic stress disorder, after a state appeals court ruled legal precedent exists to support his claim and the commission was too hasty to toss his claims.

An arbitrator had found Lt. Scott Moran, a firefighter in suburban Homewood, “did not sustain an accidental injury that arose out of and in the course of his employment” when he claimed coverage for symptoms caused by PTSD, and her decision was upheld by the Illinois Workers’ Compensation Commission. Moran appealed, first to the circuit court of Cook County, then to the appellate court, which reversed the ruling.

Moran is a 25-year veteran of the department. According to two psychologists who submitted testimony in the case, his PTSD can be traced to a house fire that took place on March 30, 2010. As the highest ranking officer first on the scene, Moran served as initial commander in charge of the firefighting effort, which involved multiple fire departments. He was preparing to enter the house with another firefighter to rescue a person reportedly trapped inside when a third firefighter, Brian Carey, offered to go in instead, leaving Moran outside to continue command of the scene. While Carey and the other firefighter were inside, the flames suddenly grew, injuring Carey. 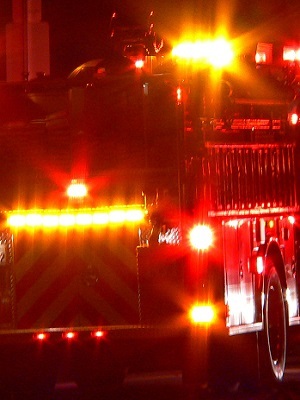 Because Carey was the ambulance driver, Moran had to attempt to find another ambulance to take him to the hospital. Carey later died of his injuries.

According to court documents, the fire department stopped all operations for about 10 days after the fire, referring all of its calls to other agencies. Firefighters were also given access to mental health services, and first responders at the scene were not allowed to return to work until being cleared by a psychologist. In April of 2010, Moran sought the help of a psychologist, who diagnosed him a few weeks later with PTSD.

Moran was cleared to return to work nine months after the fire, when his doctor found that he was able to control his symptoms.

The arbitrator for his workers’ compensation claim found that Moran did not prove he had sustained accidental injuries that arose from his employment. She noted that while he had “an adverse emotional reaction” to the fire, he had not sustained a physical injury, did not witness Carey’s death and was not involved in rescue efforts. She found the injury “was dependent on his peculiar vicissitudes as he related to his work environment” and awarded his employer a credit of more than $7,400 paid to Moran for temporary disability.

The appellate court noted that the lower court had held Moran’s injury to a different standard because he is a firefighter, arguing that first responders face inherent stresses beyond those people in other occupations face. The appellate court cited case law holding that “whether a worker has suffered the type of emotional shock sufficient to warrant recovery should be determined by an objective, reasonable-person standard.”

“The claimant’s presence outside the house does not preclude the event from being traumatic,” the court wrote. It cited Moran’s feelings of guilt and responsibility as the incident commander, and noted the fire department had decided the event was traumatic enough to give all of the first responders time off and access to mental health services.

“Clearly, this is not the kind of event that an employee would be subject to during the normal course of employment,” the court wrote. “The claimant’s psychological injuries stemmed from a single, traumatic event … and he is entitled to recover for his psychological disability.”