A state appellate panel said two Chicago police officers should indeed lose their jobs for an off-duty assault on a civilian, overturning the decision of a Cook County judge who had found the Chicago Police Board was wrong in firing the officers. 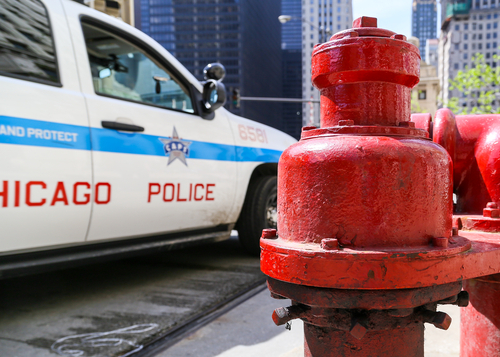 The decision comes as the latest step in a legal fight dating back to 2010, when Chicago police officials moved to dismiss the officers for their roles in an early-hours confrontation on March 24, 2006, inside a fast food restaurant. The altercation involved three officers, including Orsa and Murphy, who were off-duty at the time, and a civilian, identified as Obed DeLeon. Videotape of the incident did not include audio.

“Witnesses contend DeLeon made no threats,” Hyman wrote, but the officers alleged he “shouted gang slogans and threatened to kill a cop” before Murphy “pointed his service weapon at the head of the victim” and shoved DeLeon against a wall. Then he and Orsa, along with a friend and another officer, punched and kicked DeLeon until on-duty officers arrived and arrested him.

The officers exited the restaurant, a Taco and Burrito King, and did not file a tactical response report as required by police procedure. DeLeon filed a complaint with the Office of Professional Standards, which opened an investigation. The Independent Police Review Authority, which replaced OPS in 2007, finished the investigation in October 2009. On July 2, 2010, the police superintendent filed charges with the Police Board and recommended Murphy and Orsa be fired.

Murphy and Orsa filed a motion to dismiss those charges, arguing they were not timely and barred by due process. On Jan. 20, 2011, the board dismissed the officers’ motion because they remained employed before they were charged and could not prove the delay in filing charges constituted prejudice. It then found them guilty of all charges, relying on witness testimony that identified Orsa as the one who escalated the situation with DeLeon.

The board did not rely on DeLeon’s testimony, but did consider and reject the officers’ testimony as inconsistent with video evidence and witness accounts, and further said the officers’ decision to leave the restaurant without providing information to uniformed police about DeLeon’s “supposed threats (including threats to kill officers) seriously undermines the credibility of their testimony.”

In March 2011, Orsa and Murphy filed separate circuit court complaints for administrative review. The circuit court then consolidated the cases and reversed the Police Board’s decision, dismissing the case and finding the board should have agreed the officers’ due process rights were violated. Pantle also determined the video did not conflict with the officers’ testimony, but rather corroborated their accounts. The judge ordered the city to reinstate the officers. The superintendent filed a motion to reconsider, which was denied after a hearing.

The city appealed, and appellate justices sided with the Police Board. Hyman said the appellate justices determined the police board followed protocol by allowing the officers to remain employed during the investigation, followed by immediate notice when charges were filed and a prompt and extensive hearing.

Further, the appellate justices reviewed the same video recording and testimony the police board used in its determination of guilt, finding the witnesses, two customers and a restaurant security guard, were credible, “despite rigorous cross-examination. … Moreover, the off-duty officers’ decision to sit at a table directly in front of DeLeon does not support their contention that he was shouting threats of killing cops.”

The justices also considered whether the facts of the case justified the police board’s decision to fire the officers, while giving “heavy deference” to the board’s expertise in making such a decision.

“We cannot say the board’s decision was unreasonable, arbitrary or unrelated to the requirements of service,” Hyman wrote.