Calling the lawsuit an example of a “racket” aimed at merging companies, a federal appeals panel in Chicago has tossed out a settlement intended to end a shareholder class action brought over the Walgreens Boots Alliance merger, saying the lawsuit and related settlement did nothing more than contribute a quick $370,000 payment to the plaintiffs’ lawyers.

On Aug. 10, a three-judge panel of the U.S. Seventh Circuit Court of Appeals overturned a federal district judge’s decision to approve the settlement between Walgreens and a group of shareholders, led by named plaintiff investor John Hays and represented by several law firms, including Pomerantz LLP, of Chicago and New York; DiTomasso Lubin P.C., of Oakbrook Terrace; Friedman Oster PLLC, of New York; Law Office of Alfred G. Yates Jr. P.C., of Pittsburgh; and Levi & Korsinsky LLP, of New York.

“The only concrete interest suggested by this litigation is an interest in attorneys’ fees, which of course accrue solely to class counsel and not to any class members,” wrote Judge Richard Posner, who authored the panel’s unanimous opinion. 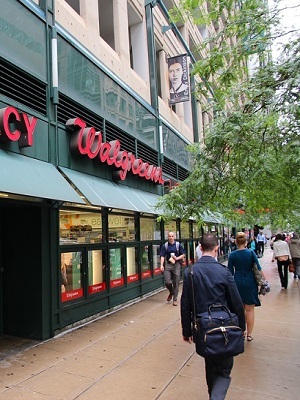 The litigation landed before the Seventh Circuit after U.S. District Judge Joan B. Gottschall approved the settlement in November 2015, over several objections to the deal from other Walgreens shareholder.

Among other subjects, Hays and his co-plaintiffs said they had sought more information concerning: the company’s handling of a defamation lawsuit brought in the fall of 2014 by Walgreen’s former chief financial officer Wade Miquelon; the ascent of billionaire investor Stefano Pessina to the position of CEO of the new combined company; and the role played by certain “activist” investors, identified in court documents as the JANA Partners LLC hedge fund, in spurring and consummating the merger, and in the process, acquiring allegedly outsized representation on the company’s board, relative to the proportion of the shares held by the hedge fund investors.

In the proposed settlement to end the litigation, Walgreens agreed to make certain disclosures, ostensibly to satisfy the concerns spelled out in Hays’ complaint. And the drug store chain agreed to pay $370,000 to the lawyers representing Hays and the other plaintiffs.

However, the settlement was challenged by the Competitive Enterprise Institute, which represented John Berlau, a Walgreens stockholder who had objected to the settlement. The Washington, D.C.-based CEI describes itself as a “nonprofit public policy organization dedicated to advancing the principles of limited government, free enterprise and individual liberty.” Among other ventures, the CEI operates the Center for Class Action Fairness, which has filed objections to numerous class action settlements its leaders believe unfairly benefit plaintiffs’ lawyers who may earn large fees, compared to purportedly nominal awards for class members.

Berlau is also listed as a “senior fellow” at the CEI.

Appealing Gottschall’s decision to approve the settlement, CEI argued the disclosures provided by Walgreens under the settlement were “trivial” and did not meet the legal standard needed to justify the accompanying payment to the plaintiffs’ lawyers.

They pointed to the standard spelled out in a decision in Delaware in the litigation surrounding the merger of online real estate sites Trulia and Zillow, in which the court there said it would begin to demand informational disclosures be “plainly material” to the demands of the shareholders who had filed suit.

The Seventh Circuit judges echoed CEI’s position, saying they believed Walgreens’ additional disclosures under the settlement added little to nothing to shareholders’ knowledge of the Boots merger, and wasn’t worth the $370,000 payment.

“The value of the disclosures in this case appears to have been nil,” Posner wrote. “The $370,000 paid class counsel - pennies to Walgreens, amounting to 0.039 cents per share at the time of the merger-bought nothing of value for the shareholders, though it spared the new company having to defend itself against a meritless suit to void the shareholder vote.”

The CEI in its arguments had said the Walgreens shareholder suit was just the latest example of a problem plaguing corporate mergers in courthouses across the country, with lawyers attempting to extract a quick payday in exchange for minimal to no benefit for the class of plaintiffs they claim to represent.

Posner largely agreed, saying the disclosures fell well short of being “plainly material,” as called for in the Trulia decision.

The panel also remanded the case to Gottschall, instructing her to “give serious consideration” to dismissing the lawsuit entirely or ordering the plaintiffs’ lawyers be replaced, as the current counsel for the plaintiffs, “if one may judge from their performance in this litigation, can’t be trusted to represent the interests of the class.”

In response to the Seventh Circuit decision, CEI’s Ted Frank, in a prepared statement, said the ruling was “a tremendous victory for shareholders and against rent-seeking.”

“We hope other courts follow Delaware and the Seventh Circuit in taking steps to shut down this racket,” Frank said.