A state appeals panel has ruled in favor of the parent company of Blue Cross Blue Shield of Illinois, finding a Cook County judge was correct in dismissing a class action lawsuit arguing the health insurer should have spent more of its $10 billion in “cash surplus” for the betterment of its members.

On Oct. 11, a three-justice panel of the Illinois First District Appellate Court upheld the decision of Cook County Circuit Judge Neil H. Cohen, allowing the Health Care Service Corporation (HCSC) to survive another round in the breach of contract legal challenge over HCSC’s earnings brought by Babbit Municipalities. 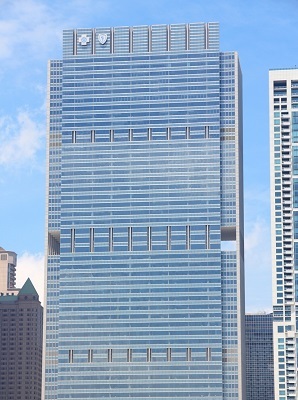 Babbitt’s case centered on its contention that HCSC, while formally a nonprofit company, accumulated “a large cash surplus, rather than spending any amount exceeding a reasonable reserve for the benefit of its members,” as Babbit argued was its responsibility as a nonprofit.

Judge Cohen’s decision to grant HCSC’s motion for dismissal found “Babbitt’s second amended complaint failed to cure the defects identified in its prior pleadings,” namely that Babiitt “did not adequately allege a specific contractual provision that HCSC breached, a concrete injury, an actual controversy based on HCSC’s present conduct, or facts that, if proved, would rebut the presumption of good faith afforded by the business judgment rule.”

What Babbitt did do was cite HCSC financial statements from 2009 through 2013 showing combined net income of more than $4 billion. Babbitt then accused HCSC of “generating ‘enormous fees’ for the administration of its members’ health care benefits and using its ‘ever increasing accumulation of profits’ to ‘expand its business operation without corresponding mutual benefit to its members.’ ” By the end of 2013, Babbitt said, HCSC “had accumulated $10.29 billion,” a figure it said was excessive compared to certain fiscal benchmarks.

In appealing the dismissal, Babbitt said HCSC’s own bylaws establish the duty it accused the company of violating, and that the legal proceedings of the case would have “illuminated the character and extent of HCSC’s breach.” The appellate justices disagreed, with Mikva writing Babbitt is obligated to allege facts instead of conclusions. The HCSC bylaws, she continued, are broadly written and “do not impose upon HCSC a specific, legally enforceable duty to limit the amount of the company’s reserve fund or to take any specific action with respect to its net earnings.”

Cohen, according to Mikva, observed the HCSC bylaws gave no amount or formula for the degree of surplus it could maintain without conflicting its stated motion to be a nonprofit entity. Babbitt countered that’s “beside the point … the proper inquiry is whether HCSC is using its money for the mutual benefit of (its) members.” But, Mikva wrote, Babbitt did not allege HCSC spends none of its money in that fashion, ultimately arguing, “HCSC spends some money on its members, just not enough.”

Babbitt also wanted the court to declare HCSC was not operating as a nonprofit corporation or a legal reserve company. Again, Cohen’s dismissal held Babbitt failed to “point to a specific provision of the Articles or Bylaws that HCSC had violated and Babbitt’s allegations concerning only HCSC’s past conduct did not support the existence of an actual controversy between the parties.” The absence of that controversy, Mikva wrote, makes declaratory relief legally improper.

Finally, the appellate justices note the business judgment rule did not provide “an alternative basis for dismissing Babbitt’s claim.” Mikva cited a 2005 Illinois Appellate Court opinion in Willmschen v. Trinity Lakes Improvement Association, which held that even though it might be a sound decision to walk away from a contract, that does not provide an entity defense from a breach claim. However, since HCSC did not breach “an enforceable contractual obligation,” the business judgment rule does not apply, she said.

Babbitt Municipalities was represented in the action by attorneys with the firm of Kamber Edelson, of Chicago.

HCSC was defended by the firm of Kirkland & Ellis, of Chicago.