CHICAGO — A Chicago federal judge has trimmed a class action lawsuit accusing nutritional supplement maker Nature's Way of fraud in marketing certain of its supplements as "Made in the USA," when at least one of the supplement's ingredients allegedly comes from overseas.

The lawsuit, which was filed in 2016 by plaintiff Angel McDonnell, claims the company mislabeled its women’s supplement, Women Alive!, as “Made in the USA” when it included foreign ingredients.

The crux of the matter rests on the ascorbic acid contained in the supplement. The packaging stated that it was “made in the USA,” but the ascorbic acid allegedly was manufactured overseas. The label included no qualifier to notify would-be purchasers of this fact, the lawsuit alleged. 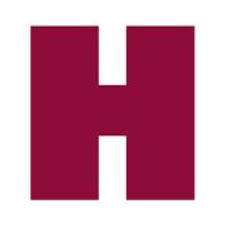 McDonnell claims this misrepresentation violated the Illinois Consumer Fraud and Deceptive Business Practices Act (IFCA). Additionally, she accuses the company of unjust enrichment and fraud in seven other states. Nature’s Way has moved to dismiss all of the claims for failure to state a claim.

In order to succeed on its motion, Nature’s Way needed to show the claim was not plausible on its face, meaning the judge could not “draw the reasonable inference that the defendant is liable for the misconduct alleged.”

The court denied the motion to dismiss the ICFA and unjust enrichment claims. The defendant claimed McDonnell failed to show she suffered a pecuniary injury, which is necessary to state a claim under the ICFA.

U.S. District Judge Sara Ellis disagreed, finding McDonnell lost the "benefit of her bargain" when she bought Women’s Alive, believing that it was made in the United States. McDonnell alleged Nature’s Way's misrepresentation lured her into buying a product she would not have bought otherwise. This could constitute a pecuniary injury for ICFA purposes, the judge said.

The judge also rejected the defendant’s argument that the plaintiff needed to include comparisons to other vitamins.

The defendant argued the court lacked jurisdiction over the claims, and.Ellis agreed.

McDonnell argued the judge and the U.S. District Court for the Northern District of Illinois had personal specific jurisdiction over Nature’s Way products sold in those other states because the company sold mislabeled products in Illinois. However, Ellis found this to be too tenuous a connection for personal jurisdiction.

Plaintiffs are represented in the action by attorneys with the firms of Davis & Norris LLP, of Birmingham, Ala., The Gunderson Law Firm LLC, of Chicago, and Taxman Pollock Murray & Bekkerman LLC, of Chicago.

Nature's Way is represented by the firm of Hinshaw & Culbertson, of Chicago.