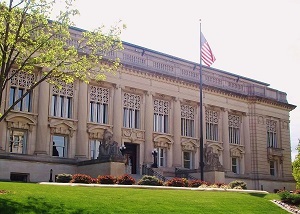 Saying to find otherwise could lead to “absurd” and “inconvenient” problems for lawyers, Illinois’ state Supreme Court said a judge was wrong to order one lawyer to essentially pay another lawyer out of her fees earned representing one of the spouses in a divorce proceeding.

In June 2014, Christine Goesel said she paid her new attorney, the Law Offices of Edward R. Jaquays, a $5,000 initial retainer but could not afford the remaining $27,142. She invoked the Illinois Marriage and Dissolution of Marriage Act’s level playing field rules, which can empower a court to force one spouse to pay the other’s legal bills such that neither has an advantage in the proceedings. However, Andrew Goesel also said he lacked the money for his lawyer. The court granted Holwell’s motion to withdraw, but ultimately ordered Holwell to pay $40,952 to Jacquays from her fees so each party’s attorneys would be left with an equal $59,069.

When Holwell refused to pay, she was found in contempt, fined and given a jail sentence. Holwell ultimately appealed that ruling to the Third District Appellate Court, which reversed the disgorgement order and contempt finding. Christine Goesel — while not disputing Holwell earned the money reasonably — appealed the appellate ruling to the state Supreme Court, which allowed the Illinois State Bar Association and the state chapter of the American Academy of Matrimonial Lawyers to file a joint amicus brief in support of Holwell.

The Supreme Court rejected one of two issues Goesel raised on appeal — that Holwell wasn’t engaged in a good faith effort to appeal the trial court’s contempt finding — because it wasn’t raised in her petition for leave to appeal. That left only the question of whether the judge’s disgorgement order was proper.

Thomas noted the law in question doesn’t use the term “disgorgement,” and explained earlier cases involving similar disputes may differ because of what kind of legal fees were ordered to be disgorged, such as advance payment retainers, which could be used to circumvent the level playing field rules. He also explored the law’s notion of “available funds” and whether it is reasonable for lawyers and firms to bear the brunt of leveling the field by forfeiting money they have already earned and, in many cases, spent.

“The legislature could have easily said that all funds that had been paid to an attorney are subject to disgorgement,” Thomas wrote, “but the legislature instead chose to use the modifier ‘available.’ ”

The prevailing precedent came from the 2016 First District Appellate Court ruling in Marriage of Altman, which said serious financial hardship would likely result by forcing lawyers, like those in Holwell’s position, to give up earned money, which it viewed differently from advance retainers that are held pending the actual proceedings. Thomas wrote such decisions “could very easily lead to absurd, inconvenient, and unjust consequences” for those lawyers.

In ruling in Holwell’s favor, the justices also said lawmakers need to reconsider the law “and make its intentions absolutely clear.”