While they called the deal flawed, a federal appeals panel in Chicago nevertheless has upheld a settlement ending a class action lawsuit against American Express over gift cards.

U.S. District Judge Joan B. Gottschall had granted final approval to a settlement agreement in the case — docketed in Chicago federal court as Case No. 07-cv-1707, Kaufman, et. al., vs. American Express Travel Related Services Co. — on March 2, 2016, figuring class members would receive a share of a little more than $1.8 million. Gottschall  also ruled attorneys representing the class and named plaintiffs should receive a total of $1.95 million, with $1 million going to the lead counsel in the case, Bock & Hatch LLC, of Chicago. Other class attorneys would get $250,000, while attorneys for intervening plaintiffs, who joined the action after objecting to earlier iterations of the settlement agreement, would divide $700,000 — though they had requested $1 million in fees and $40,000 in expenses.

Representing the intervening plaintiffs were attorneys with the firms of Daniel Cobrinik P.C., of New York; Miller Law LLC, of Chicago; Greenfield & Goodman LLC, of New York; Finkelstein & Krinsk, of San Diego; and Morris and Associates, of San Diego, according to federal court online records. From that group, J.C. Goodman and Carla Santsche appealed the settlement and the attorney fees. 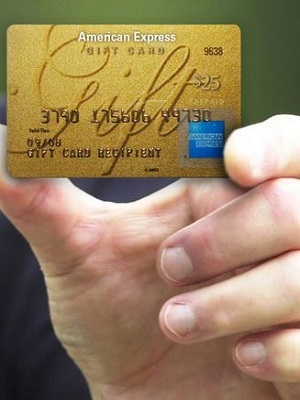 The case centered on allegations American Express had defrauded people who held gift cards issued by the finance company. Specifically, the lawsuit targeted the company’s practice of charging fees, which reduced the value of the card beneath the dollar amount initially purchased, and the refusal of many retailers and other merchants to perform “split-tender” transactions, in which customers would use a small amount remaining on their gift card to pay for a portion of a purchase at a store or restaurant. The split-tender policy ultimately resulted in many small balances remaining trapped on the cards, until reverting to American Express.

In the appellate decision, the judges said their review centered on whether Judge Gottschall had abused discretion in approving the settlement, a deal she called the “least bad option” to end the litigation. Gottschall had noted her reluctance to award attorney fees resulting from “a fundamentally problematic practice whereby attorneys for plaintiffs in class actions derive a greater monetary benefit from a settlement than their respective clients.”

The appellants said Judge Gottschall should have required the plaintiffs’ lawyers submit briefs in support of the settlement prior to the objection deadline, and should not have determined American Express’ arbitration appeal posed a risk to the class’ success. Further, they argued the release was too broad to justify approval and that they, as the intervernors’ representatives, should have gotten most, if not all, of the awarded legal fees.

The filing deadline argument failed, Manion wrote, in part because support briefs routinely address the amount of opposition to proposed settlements, which can only happen once the objection deadline passes.

With respect to the arbitration finding, the intervenors said Gottschall failed to consider the question of the enforceability of a contract between American Express and people who bought gift cards. The panel, however, explained if Gottschall denied arbitration, it might have concluded the matter should have gone to arbitration, which almost certainly would have favored American Express.

The breadth objection involved American Express being released from future claims related to gift cards sold from Jan. 1, 2002, through Sept. 21, 2011. The intervenors said certain claimants would get nothing of value should the settlement proceed.  And while Manion quoted Gottschall to note the judge’s concern over “the breadth of the release,” the panel noted a lack of admissible evidence showing such claims existed.

In contesting the legal fees, the intervenors said their attorneys were working for the good of the class, and accused plaintiffs’ attorneys of colluding with American Express. Manion again quoted Gottschall’s assertion it is “undeniable” the intervenors were material to the settlement, but he also wrote they “take these acknowledgments and run with them, claiming responsibility for all the good in the case,” an unfair assessment of the larger picture.

“Having dealt with the parties and their counsel for nearly seven years, the district court was easily in the best position to determine which parties (and which attorneys) had contributed to the settlement and in what proportions,” Manion wrote, explaining Gottschall found the intervenors’ lawyers added about 34 percent to the class value.

American Express was represented in the action by attorneys with the firms of Hinshaw & Culbertson, of Chicago; Stroock & Stroock & Lavan, of Los Angeles; and InfoLawGroup LLP, of Chicago.

Jonathan Bilyk contributed to this story.