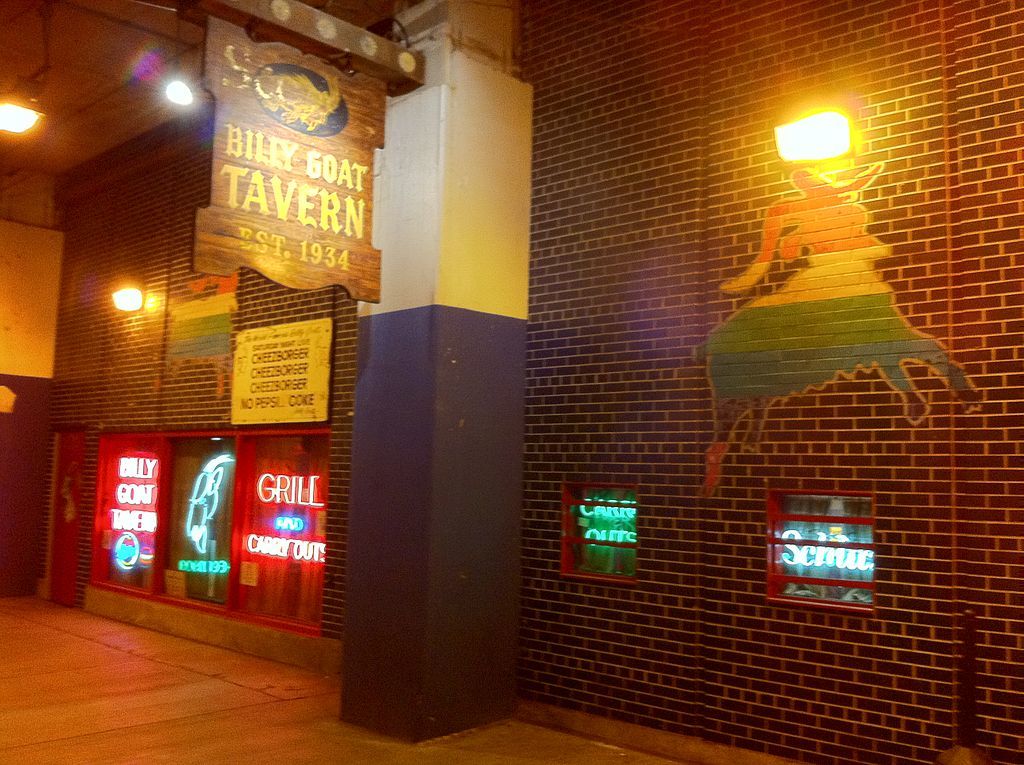 The Billy Goat Tavern is gruff enough to file a trademark infringement lawsuit, taking aim at a Missouri snack maker it accused of leading consumers to believe the iconic downtown Chicago establishment is associated in some way with the other company’s Billy Goat brand of chips.

In a complaint filed Dec. 20 in federal court in Chicago, Billy Goat IP LLC sued Billy Goat Chip Company LLC, asking a court to bar the chip company from marketing its products in a manner that confuses patrons.

The tavern, which has operated in Chicago since 1934, cited the 1978 “Saturday Night Live” sketch featuring comedians John Belushi, Bill Murray and Dan Aykroyd that popularized grill workers’ phrases such as “Cheezborger, Cheezborger, Cheezborger!” “No Pepsi… Coke!” and “No fries…CHEEPS!” The complaint included the Billy Goat logo and said customers have been confused by Billy Goat Chip Company products sold in Chicago and Washington, D.C.

According to the complaint, the offending products are sold at Chicago locations, including Eataly and Fairgrounds, as well as Dad’s Grill in Morris.

The complaint also includes company history, such as William Sianis buying the Lincoln Tavern at 1855 W. Madison St. for $205 in 1934, and how “a goat fell off a passing truck and wandered inside the tavern. Sianis adopted the goat, grew a goatee, acquired the nickname ‘Billy Goat’ and forever changed the name of the restaurant and bar to Billy Goat Tavern.” It also references Sianis’ role in the 1945 “Curse of the Billy Goat” that allegedly kept the Chicago Cubs from winning a World Series until 2016.

The Billy Goat moved to its famous subterranean location at 430 N. Michigan Ave. in 1964 and also has locations on Washington and Wells streets, the United Center, Navy Pier and O’Hare International Airport, as well as a Washington, D.C., tavern opened in October 2005. Its frozen beef patties and canned beers are sold at Jewel-Osco stores throughout Illinois and, according to the complaint, it “intends to begin selling its iconic potato chips at retail locations shortly.”

Sianis registered the Billy Goat trademark in 1982 and assigned those rights to Billy Goat IP in October 2015. The complaint said St. Louis residents Rob Lyons and Bruan Roth didn’t start selling Billy Goat Chip Company products until 2009 and did not register their trademark until March 30, 2010.

Sales originally were limited to more than 100 locations in the St. Louis market, but the complaint said the offending chips now are sold in three Chicago locations, including Eataly Chicago at 543 N. Wabash Ave, about a third of a mile from the primary Billy Goat Tavern. In Washington, D.C., the chips are sold about a half a mile from the Billy Goat.

According to the complaint, the presence of the St. Louis chips is hampering the Chicago company’s ability to license its trademark to third-party potato chip suppliers. It also said repeated attempts to amicably resolve the alleged infringement have failed or been ignored.

In addition to a jury trial, the complaint wants the court to force the defendant to stop using the phrase “Billy Goat” in connection with food or beverage sales and to award it legal fees and any applicable relief.