CHICAGO — A federal appeals panel in Chicago has barred an employment discrimination lawsuit brought by a former Hebrew teacher at a Milwaukee Jewish school, saying the teacher held a "ministerial role."

The decision could help shed light on which employees of religious organizations should be considered exempt from federal anti-discrimination laws.

“The court determined that the plaintiff’s position at the school was a ministerial role at a religious organization and, thus, the school’s decision was not subject to employment discrimination claims, such as the one she brought under the Americans with Disabilities Act,” Jesse Dill, employment attorney at Ogletree Deakins, told the Cook County Record. 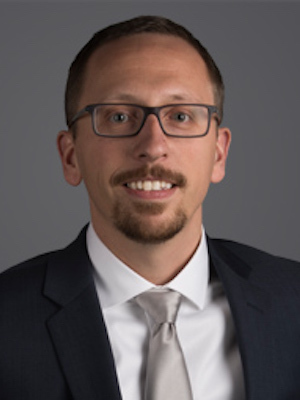 The case centers around Miriam Grussgott, who was a Hebrew teacher at Milwaukee Jewish Day School. While being treated for a brain tumor in 2013, she took a leave of absence for a year; however, she suffered memory and cognitive issues, and the school fired her in 2015.

Grussgott sued the school, saying it discriminated against her because of her brain tumor, and the case was appealed to the U.S. Seventh Circuit Court of Appeals.

The court had to decide whether Grussgott held a “ministerial” position. Employees who are deemed to have ministerial roles cannot bring lawsuits against religious employers for employment discrimination.

The judges used U.S. Supreme Court case Hosanna-Tabor Evangelical Lutheran Church & Sch. v. EEOC, 565 U.S. 171 (2012) to determine whether Grussgott held a ministerial role at the school. In that case, the high court used four factors to define the ministerial role, including the employee’s title, "the substance of that title," how he or she uses that title, and the religious functions that the employee carried out for the organization.

In looking at the first factor, the judges said Grussgott’s job title, "grade school teacher" goes against the ministerial exception.

“There is no evidence that Grussgott ever held herself out to the community as an ambassador of the Jewish faith,” the judges said, referring to how she used her title.

In looking at the substance reflected in her title, however, the judges said that factor “weighs in favor of applying the ministerial exception.”

“Hebrew teachers at Milwaukee Jewish Day School were expected to follow the unified Tal Am curriculum, meaning that the school expected its Hebrew teachers to integrate religious teachings into their lessons,” the court said in its decision.

The Seventh Circuit Court of Appeals ruled that, “Grussgott undisputedly taught her students about Jewish holidays, prayer and the weekly Torah readings; moreover, she practiced the religion alongside her students by praying with them and performing certain rituals.”

Dill said the Seventh Circuit shed more light on how courts may handle disputes of this nature that are not clear-cut.

“The Seventh Circuit’s opinion also provides insight into what will break the tie of a close call like this where the four-factor analysis is not as clear-cut,” Dill said. “Here, the Seventh Circuit deferred to the religious organization’s expectations of the religious role the plaintiff’s position would serve for its students as significant to determining that the ministerial exception applied.”

Dill added that the Seventh Circuit’s decision does not extend the ministerial exception.

"Rather, it provides insight into when a position may be deemed to be a ministerial role under circumstances not as clear-cut as those the Supreme Court examined in Hosanna-Tabor," Dill said.