A Cook County judge will allow a Chicago development group to proceed with their lawsuit, alleging a Canadian businessman and companies with which he is affiliated owe them $36 million for alleged fraud in an arrangement for the purchase of American senior living facilities.

On April 26, Cook County Circuit Judge Margaret A. Brennan filed an order refusing to dismiss allegations of fraud and breach of fiduciary duty brought by plaintiff SSU LLC, which does business as Sunny Side Up, against a collection of defendants, largely based in Ontario, Canada, including businessman Enzo Mizzi, Brad Burdon and Paramount Equity Financial Corporation. 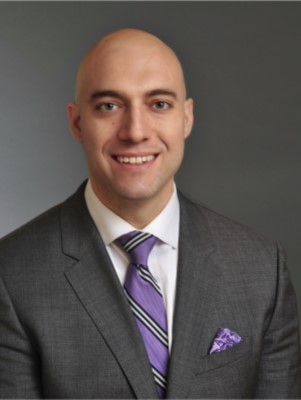 According to documents filed in court, Mizzi was estimated in early 2017 to be worth more than $200 million, while Paramount held assets of more than $300 million.

SSU filed its initial complaint in March 2017 in Cook County Circuit Court. They later amended the filing in June 2017 to include specific fraud accusations against Mizzi and the other defendants.

The complaint alleges investors were misled into putting almost $100 million into a high-risk joint venture to develop thousands of senior living residences in Illinois and Wisconsin.

According to the complaints, the defendants first approached SSU in the spring of 2016, proposing to invest more than $125 million in the venture. Under the proposal, the new partnership would hold the facilities for about five years, and then sell them into a real estate trust or to other institutional investors.

The lawsuit said SSU believed the venture would be “tremendously profitable.”

However, after SSU invested months of time and money in identifying and lining up sites for purchase, the complaint said the defendants began offering a list of excuses for delaying closing, ultimately cutting off communication with the SSU group in January 2017, shortly after informing the SSU members of a cease and desist order issued by the Ontario Securities Commission.

In May 2017, Ontario financial regulators announced the province had appointed a receiver to take control of operations at Paramount, citing the equity firms continued efforts to raise about $39 million, even after provincial officials had asked the firm in June 2016 to cease raising funds from investors.

Regulators indicated they believed the Paramount group had fraudulently raised more than $100 million from individual investors, “lying to investors about where their money was being invested, the risks of the investments, and Paramount secretly taking a 50 percent ownership interest in investments and other fees and commissions without telling investors.”

“Paramount investors were told their investment would be invested in second residential mortgages when in fact 70 percent of the money raised was used to invest in land and multiresidential development projects, 70 percent of which were direct investments controlled by Mizzi,” the complaint said.

Sunny Side Up said at no time did the defendants make “SSU aware of the enormity of the fraud committed by Paramount.”

In the months since, the Paramount and Mizzi defendants asked the court to dismiss the lawsuit, asserting in memoranda accompanying their motion to dismiss that the plaintiffs have no legal basis for their action, arguing Illinois law governing the kind of corporations the defendants were forming under their partnership with SSU, and the operating agreements for the new corporate entities, should shield the defendants named in the suit from litigation in the matter.

SSU responded in a brief in February, in which it asserted the defendants “neglected” to attempt to legally create the new corporate entities, until “the joint venture between the parties was dead” in May 2017, eight months after the operating agreement for the partnership was signed.

This, SSU contended, should make “it impossible to argue that this LLC was intended to perform any services for the joint venture,” and allow the defendants to use any of the documents associated with the venture to shield individual would-be members of the joint venture corporation from SSU’s fraud suit.

After multiple motions and briefs filed on the subject, the judge rejected defendants’ dismissal request, without written comment.

SSU is represented in the matter by attorney Alexander Loftus, of the Stoltmann Law Commercial Litigation Group, of Chicago.

Defendants are represented by attorneys David S. Becker and Gillian B. Lepore, of Freeborn & Peters LLP, of Chicago.

Editor's note: This article has been revised to clarify who among the various corporate entities and their representatives involved in this case have been named as defendants in the action.