He said he disagreed with the way his son’s youth baseball league, in west suburban River Forest, was being run. He said he thought there needed to be more transparency. He believed the members of the league – mostly parents – should have a voice in who sat on the board of directors - a panel entirely populated by those he said were hand-picked by the league's president, who had run the league for the past dozen years.

“I thought it was disgraceful there were no elections,” Fioravanti said. “The board members said, ‘Well, you could apply to be on the board.’ I asked to see the bylaws, and none of the board members had ever seen a copy.” 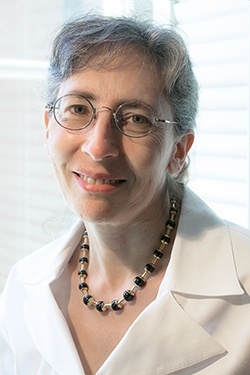 After seven months, Fioravanti obtained a copy of the league’s bylaws, which did, in fact, call for board elections at the annual meeting. But Fioravanti wasn’t done; he found a number of league bylaws that had fallen by the wayside and were no longer being observed.

And what Fioravanti said he found also led him and other parents to review the league's most recent filings with the Internal Revenue Service, which he said revealed spending at the league had jumped from about $83,000 in 2005 to more than $204,000 in 2014. He said the league's president refused to provide an accounting for the spending increases.

Such situations are not uncommon in volunteer-run nonprofits, said Evelyn Brody, a law professor at the Chicago-Kent College of Law at the Illinois Institute of Technology.

“Big nonprofits pretty much know how they’re supposed to behave,” Brody said. “Smaller organizations that are volunteer-run have a lot of turnover. No one really has institutional knowledge, and everybody is pretty much doing the best they can.”

The board of a nonprofit organization has a responsibility to uphold its own bylaws, but it also has the power to change and amend those bylaws at any time, said Alicia Schatteman, an associate professor in public administration in the Northern Illinois University School of Public and Global Affairs and the NIU Center for Nonprofit and Nongovernmental Organization Studies. Most nonprofit bylaws include a section outlining the procedure for amending the organization’s rules and procedures. Brody said she often advises nonprofit boards to amend their bylaws to reflect the way the organization is actually run, as opposed to changing the way they conduct business to fit outdated procedures.

“It’s not uncommon to find small, volunteer organizations that have experienced a divergence over the years between what their bylaws say to do and what they’re actually doing,” Brody said. “I tell organizations, ‘If your bylaws do not reflect the way you’ve been operating and you’re operating within the law, amend the bylaws. If they’re not helpful to your organization, change them.’”

The laws governing nonprofit organizations in Illinois respect the autonomy of those organizations, Brody said. A private, non-governmental entity is largely treated the same as a business – as long as the organization is operating within the law, how it governs its day-to-day operations is left up to the board.

“It’s not really cut-and-dried,” she said. “Part of our system’s approach to private nonprofits really tries to keep the courts out of it. As long as they are operating within the law, they are legally free to operate as they see fit.”

After Fioravanti initially aired his grievances to the board of the baseball league, he said it seemed like things might get better.

About 100 people attended the next annual meeting, he said. People expressed concerns about the league - particularly over how the league had handled its finances - and there was good discussion about how to address the perceived problems, Fioravanti said. But a decision by the board not to honor proxy votes in the election of new board members bothered Fioravanti, as did its decision to allow board members classified as adjuncts to vote.

After that, Fioravanti took his grievances to the Illinois Attorney General.

If a member of a nonprofit is unhappy with the board’s spending priorities, but the board is abiding by all the relevant laws and regulations, there are few outside legal remedies available, Brody said.

“It’s similar to the business world. We don’t punish boards that make mistakes or no one would ever sit on a board again,” she said, pointing to the so-called "business judgement rule."

"It’s a legal premise that says that as long as you exercise care, we’re not going to tell you what to do," Brody said. "The law doesn’t want to run your organization.”

Nonprofits are run by boards to prevent a single person from accumulating too much power, Schatteman said, noting boards are designed to make decisions as a collective, not as individuals. Board members have limited terms, which the board can modify if needed. Members of the nonprofit can effect change by running for the board in a voting organization or by volunteering in an organization with an appointed board.

“All change happens because collectively the board comes together to make a change,” Schatteman said. “Some boards adhere to their own bylaws and some may not.”

However, should members suspect a board of fiscal mismanagement, there may be an outside legal remedy – but only if the mismanagement rises to the level of criminal activity. Behavior like embezzlement or raising funds under false pretenses can be reported to the state attorney general, while violations of tax law can be reported to the Internal Revenue Service, which can then launch its own investigation.

Schattemen said all Illinois residents are within their rights to contact the attorney general’s office “if they feel the nonprofit is not operating properly under the law.”

“It is then up to the attorney general to pursue the matter,” she said.

The Illinois Attorney General’s Office did not reply to multiple requests from The Cook County Record to comment, either on the River Forest youth baseball dispute specifically, or on the oversight of nonprofits in Illinois, in general.

“Contacting the attorney general is generally the route someone would go through [to file a complaint against] organizations that don’t have shareholders or voting members,” Brody said. “The attorney general’s office is responsible for two things: Protecting the public from fraudulent solicitations and overseeing the performance of governance by the nonprofit.”

Among Fioravanti’s complaints against the league was what he contends is a lack of financial transparency. As a donor and sponsor, he said, he would like to see where the money is going, and he pointed to a bylaw that formerly required regular financial audits. He said he was further frustrated when the league’s board amended the bylaws to make the audit optional.

All nonprofits must file annual financial returns with the IRS, though what type depends on annual revenues, Schatteman said. These reports are available on the attorney general’s website. Schatteman said audited financial statements are only required by the state if the organization’s gross contributions are more than $300,000 or if the organization paid a professional fundraiser who raised more than $25,000.

According to the attorney general’s database, the River Forest league had an income of $179,348 last year. Its next report is due March 31.

Someone seeking redress from a nonprofit can also file suit in civil court, but the scope of remedies available under this route is fairly limited, Brody said. The complainant must have legal standing to file a complaint – for example, if voting members are denied the right to vote because the board never calls an election, they could file suit on that claim.

“My typical answer when someone comes to me upset about the way a nonprofit is running things is to tell them this is a private organization,” she said. “If you don’t like the way this one is run, go start your own.”

Schatteman agreed that the best way to effect change in a nonprofit that is not running afoul of any laws is to either run for the board and change it from the inside, or to take one’s support elsewhere.

However, Brody added members have yet another possible remedy - and one which can cultivate greater results than seeking to involve the courts or other outside regulators.

If the nonprofit is a chapter of a larger state or national organization, Brody added, the complainant could also take their grievances to the parent organization. In the case of youth baseball, for instance, parent organizations like Little League International or the Babe Ruth League may require their chapters to adhere to certain rules of governance that may be stricter than those required by law.

These larger organizations also often have professional staff who are better versed in how the local operation is intended to govern, and may have sections in their own bylaws that address grievances against local chapters.

An investigation by such a parent organization could result in corrective action that may provide more immediate relief than the law.

“Getting the information up to them is probably more successful thank thinking the law is going to help you,” Brody said.

Fioravanti said he is waiting to reach out to the league’s parent federation, but he has not ruled it out. He said he wants the attorney general’s office to finish its investigation first. An attorney with the Attorney General’s Charitable Trusts Bureau investigated Fioravanti’s complaints and purportedly admonished the board through its attorney to abide by its own bylaws, particularly when it comes to electing board members.

“They didn’t follow what the attorney general directed them to do,” Fioravanti said. “I’ll take this to the next stage if need be - whatever I need to do to make things right.”

Neither the River Forest league nor its attorney responded to multiple attempts by The Cook County Record to contact them.