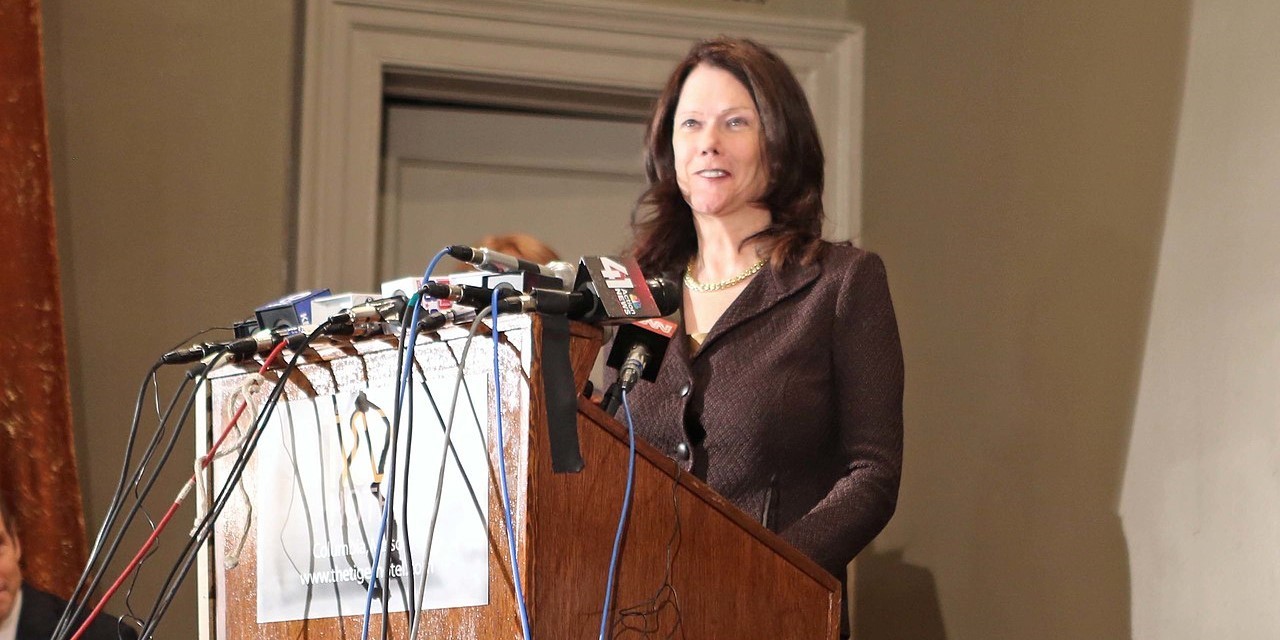 Editor's note: This article has been revised and updated to include statements from Kathleen Zellner responding to the lawsuit that is the subject of this piece.

A man who says he was wrongly convicted of murder claims celebrity attorney Kathleen Zellner, who made her name representing another man at the heart of the 2015 Netflix television series, Making A Murderer, did not properly represent him in a civil rights lawsuit, and now owes him $20 million.

Lathierial Boyd filed a malpractice complaint Dec. 27 in Cook County Circuit Court against Zellner, of DuPage, saying she intervened in his relationship with another lawyer, “promised to zealously fight for him to receive justice (but) instead botched his federal civil rights case and then abandoned prosecution” when it didn’t work with her personal schedule.

Zellner has responded to the lawsuit by saying she intends to countersue Boyd for misrepresenting the facts about her involvement with the case, which she maintains she and others determined was "meritless."

Boyd was convicted of murder in 1990. But Boyd, now 52, said he was wrongly accused of participating in the fatal shooting outside a Chicago nightclub. Things changed for him starting in 2001 when WGN-TV reporters conducted an investigation, revealing new witnesses supporting Boyd’s claims he had nothing to do with the shooting.

The Cook County State’s Attorney’s Office got Boyd’s conviction vacated in 2013, and he maintains Chicago Police Department officers “fabricated evidence and maliciously prosecuted him,” including by reporting testimony from a shooting victim at the time he was “intubated in the hospital and could not and did not communicate anything to detectives” implicating Boyd.

According to Boyd’s complaint, Zellner visited him in prison and convinced him to retain her as his attorney, then filed a federal civil rights lawsuit after the Cook County Circuit Court issued him a certificate of innocence. Although the WGN investigation and other post-conviction litigation “revealed significant evidence” in his favor, Boyd said Zellner “failed to develop all available evidence” and didn’t “prepare and present written briefs sufficient to overcome” written pleadings from the city and the four police officers he accused of framing him for the shooting.

Boyd further said Zellner, without telling him, in August 2016 settled a federal civil lawsuit against the Illinois Department of Corrections connected to blindness in Boyd’s right eye as a result of disc atrophy developed while incarcerated. He accused her of inducing him to take out litigation loans on the civil rights and denial of medical care cases worth hundreds of thousands of dollars, then keeping them in the dark about the settlement so the loans were not repaid.

On Dec. 6, 2016, the city and police department won their motion for summary judgment, ending Boyd’s bid for financial recovery. During the appeal process, Boyd said Zellner rebuffed several requests for meetings. With the U.S. Seventh Circuit Court of Appeals set to hear oral arguments on Feb. 14, 2018, Zellner filed a motion seeking postponement due to a family vacation. But Boyd said court rules required her to make advance notice of conflicts before arguments were scheduled, and the request to change the date was denied. Rather than work toward a solution, Zellner voluntarily dismissed the appeal and told Boyd she would pursue relief in state court.

Boyd said Zellner filed that claim in August 2018, well beyond the statute of limitations. Further, he said Zellner knew “or should have known if she was even minimally competent to practice law in this subject area” that her loss in federal court foreclosed state court relief.

Zellner wrote to Boyd on Dec. 5 to say she was backing out of the state action, blamed his “flawed testimony” for the federal failure, and sought money from him for paying off his litigation loans and retaining help for legal services.

Boyd said other people in similar wrongful conviction matters secured more than $20 million in restitution, and wants a jury to award him at least that much. He also accused Zellner of conversion for being too slow to repay $40,000 he loaned her so she could manage his financial obligations.

Representing Boyd in the matter is attorney Leonard S. Becker, of Chicago.

In addition to Boyd, Zellner has represented other high-profile defendants accused of murder, including Steve Avery, the subject of Netflix's TV series, and serial killer Larry Eyler.

In response to Boyd's lawsuit, Zellner told The Cook County Record: “We and another law firm are filing a lawsuit against Mr. Boyd on Monday (Jan. 7) for fraudulent misrepresentation, breach of contract and quantum meruit.  Mr. Boyd has a history of filing meritless claims against his former attorneys.”

Further, she said she "hired a well-known appellate attorney to do the oral argument (before the Seventh Circuit) and he advised that the case was meritless and should be dismissed."