The Chicago Department of Administrative Hearings found Wendella Sightseeing Company was right to not collect the tax from 2006 to 2012, as it was preempted by the federal Maritime Transportation Security Act, and also found Wendella properly remitted only a portion of amusement taxes in 2012 and 2013, as patrons were entitled to a credit based on what Wendella paid the city in docking fees. 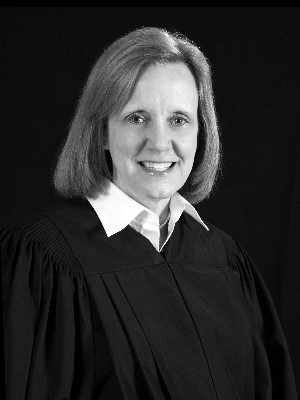 According to Rochford, the city argued there wasn’t any conflict between its amusement tax ordinance and the MTSA, since the federal law prohibits local or state taxes on boats and crew while operating on federal waterways. From 2006-2012, the city said, the tax was levied on ticket sales, which occurred on dry land while the boat was docked.

The panel said it looked at legislative intent and determined the use of “operating” in the MTSA was intended to mean “engaged in active business,” which the boats “clearly” were on the Chicago River and Lake Michigan.

“Such operations did not cease simply because the tour boats had to dock on occasion,” Rochford wrote, endorsing Walker’s take that the city’s “assertion is the equivalent to stating that a business is no longer in operation simply because it closes at the end of the day.”

Even if the panel accepted the city’s argument, Rochford said, it still would’ve upheld the determination because Congress writes in the present and future tense, unless content indicates otherwise.

“Congress was indicating its intent not only to prohibit the city’s levying of amusement taxes on Wendella’s vessels, or their passengers and crew, if the vessels are currently operating on a federal waterway, but also if they will be operating on such a waterway in the future,” Rochford wrote.

Wendella said a 1997 city letter stated its patrons qualified for a credit under the amusement tax ordinance equivalent to what Wendella paid to license city docks. The city argued a 2008 amusement tax ordinance revision changed the provision to limit credits only to amounts paid to the city in connection with the same charges that created a patron’s tax liability.

The panel said the city’s approach was too narrow, noting the patrons could only participate in the amusement of the boat tours if Wendella paid its dock licensing fees. Wendella collected more than $1.44 million and remitted $577,834 to the city, leaving $868,046. Since Wendella paid $734,481 in dock fees for the same window, the city was only owed the balance of $133,565. The city said Wendella improperly kept the portion that technically belongs to its patrons and argued it should be remitted to the city.

Since the DOAH wasn’t asked to determine the disposition of that sum, Rochford explained, the panel likewise needed only to consider if the city had the right to receive $133,565. Finding that to be the case, the panel also affirmed that part of Walker’s ruling.

In a related matter, Wendella has also filed suit in Cook County Circuit Court against the city, challenging the 2016 Tour Boat Operator Tax, which the city passed to exclusively hit tour boat operators that don’t pay the amusement tax with a 9 percent charge on passenger revenue. In that lawsuit filed March 7, Wendella argued the preemption under the federal MTSA law should also apply to the 2016 tax.

Wendella is represented by attorneys Stuart P. Krauskopf, Kurt A. Kauffman and Jamie S. Ritchie, of the firm of Krauskopf Kauffman P.C., of Chicago.