ORLANDO – A good employer is one who can head off class actions and the fairly recent uptick in so-called serial discrimination lawsuits and who can root out and eliminate vulnerabilities before they become litigation, an attorney who focuses on representing employers said during a recent interview.

"A really good employer smells these things well in advance, before they turn into serial arbitrations," Stephanie Adler-Paindiris, a principal at Jackson Lewis' Orlando office, told the Cook County Record. "So really, really listen to what you're hearing from your folks. I always tell my clients while I'm training, 'If you don't listen to your people, they will find someone who will and it's usually the EEOC or the closest plaintiff's bar.'"

Adler-Paindiris is co-leader of Jackson Lewis' class actions and complex litigation practice group and represents employers in state and federal courts in class and collective actions in discrimination, retaliation or whistleblower claims. 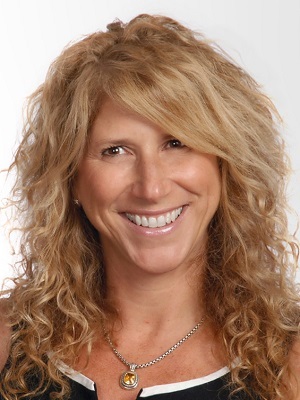 Much of the recent increase in serial discrimination claims is being traced back to what initially looked like a win for employers – the U.S. Supreme Court's 2011 decision in Wal-Mart v. Dukes. In that 5-4 split decision written by former Justice Antonin Scalia, the high court reversed a certification order in favor of about 1.5 million female employees claiming gender and wage discrimination.

In the wake of that decision, plaintiffs' attorneys began filing serial individual discrimination suits against Walmart that allege essentially the same claims as in the previous class action, essentially breaking up the one case with many plaintiffs into many individual lawsuits. Those suits have already landed in courts in Florida, Kentucky, Pennsylvania, Tennessee, Ohio, California, Virginia and West Virginia. They are soon expected to also land in other courts, including in Chicago and perhaps elsewhere in Illinois, according to a report published by Law.com.

"The biggest reasons why class actions ... in the context of discrimination are so difficult is because they are so individualized," Stephanie Adler-Paindiris said. "That's really what lead to the Wal-Mart v Dukes case being broken apart."

Defending against serial discrimination also does not come cheap. Filing fees are high and arbitrators often expect to receive their fees up front, all of which drives companies to settle when they may not want to, Stephanie Adler-Paindiris said.

"So if you have five, ten, 15 or more cases, exponentially it gets to be very, very expensive very, very quickly," she said. "That puts a lot of pressure on a company to try to resolve a case when they might not otherwise have wanted to resolve it."

Employers should look for "every pressure point and every vulnerability" in their processes and policies, with an eye toward shoring them up, Adler-Paindiris said. "Because whether it's a class action or serial litigation or arbitration, it's going to take over your business and it's going to be insanely expensive, so you don't want to cut corners on your practices, policies and procedures (and) training. ... All of that kind of 'good hygiene,' as I call it. Good employment hygiene. No one enjoys flossing their teeth but they need to floss."

Even with good employment hygiene, employers need to remain vigilant,

"The minute you shore up this vulnerability, there's liable to be a weakness somewhere else," she said. "And if it exists, employees and plaintiffs' lawyers are going to find it. That's their job. If you don't find it, they'll find it first."

Avoiding litigation to begin with is the best way to ward off class and serial litigation, and companies can do that by doing their due diligence and maintaining best policies and practices that have been around for a long time.

"Don't be an ostrich," Stephanie Adler-Paindiris said. "Listen to your employees and have avenues for complaints, and when they do complain or raise concerns, address them immediately."

Employers also should not take comfort or alarm based on who is in the White House, Stephanie Adler-Paindiris said.

"People really need to be very careful and thoughtful about approaching whether to arbitrate claims and approaching their litigation, their risk prevention programs and things like that," she said. "I think that people had a sense that, under the present administration, that there would be less scrutiny on employers, but I'm not finding that to be true. The EEOC is very active, the Department of Labor is very, very active and the plaintiffs' bar is very, very active. There has been an uptick in litigation in these types of claims that maybe wasn't there in the prior administration for eight years. So it's very important to be vigilant."