An Illinois appeals court has allowed a group of plaintiffs lawyers to tack $1.3 million on to a $4.1 million verdict against a nursing home.

A Cook County jury awarded plaintiffs Susan R. Grauer and Thomas M. Trendel were awarded a total of $4.1 million, mostly for the treatment of Dolores Trendel, but also for her death in the Clare Oaks Senior Living center in Bartlett. It represents the largest award ever under the state's Nursing Home Care Act. 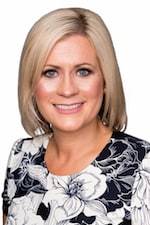 However, the Cook County court took the case a step further, allowing Grauer and Trendel's attorneys to add on legal fees and costs equal to about one-third of the verdict. In all, the attorneys were ordered to receive just over $1.3 million, plus about $150,000 in fees.

The nursing home appealed the decision, but a three-justice panel of the Illinois First District Appellate Court recently upheld it.

In court, attorneys for the nursing home argued the provisions in the NHCA concerning lawyer fees and costs are confusing and outdated, and hoped the appeals court would set limits on the amounts defendants are forced to pay on top of the award.

Defendants were represented by lawyers from various firms, including Donohue Brown Mathewson & Smyth LLC and Hinshaw & Culbertson, each of Chicago.

Those lawyers, however, declined to talk to the Cook County Record following the appeals court's decision.

Lawyers representing plaintiffs, including Margaret Battersby Black, of Levin & Perconti, believe the decision upholds the intent of the act. When the law was passed in the 1970s, it was intended to make it more financially feasible for plaintiffs to sue nursing homes for negligence and malpractice, as such lawsuits were at the time seen as often too expensive to pursue, because awards were dwarfed by the legal costs.

Under the NHCA, unlike most other statutes, if the defendant loses the action, it is liable to pay fees beyond the actual award. Further, costs are more liberally calculated, again unlike under other statutes where rules under the Code of Civil Procedure apply.

Historically, costs in actions under the NHCA are also treated differently than under other statutes. The defendants in the Grauer case argued that they should be calculated under the Code of Civil Procedure. On that question, however, the trial and appeals courts sided with the plaintiffs.

Besty Ballek, an attorney with SmithAmundsen LLC, whose practice focuses on defending medical professionals and facilities accused of malpractice, said the Grauer decision exposes the outdated nature of the NHCA and its fee provisions, written in an era when it was thought an at-risk population did not have a voice.

Ballek was not involved in the Grauer case.

"Those in the industry are keenly aware that the climate has changed significantly over time such that the original intent has, to an extent, been lost," Ballek told the Cook County Record.

"Unlike when the NHCA was written, settlement discussions today in these cases today often focus on the recovery of attorney fees more than the underlying merits of the case; and that certainly was not the Act’s intent. "

Ballek added: "Often the awards of attorney fees are out of line with awards to claimants and a case that otherwise could have been settled is being tried simply because of attorney fees.The Grauer decision is an example of the difficulty of having a statute which gives little or no direction on how fees should be calculated."

But Margaret Battersby Black, of Levin & Perconti, who represented the plaintiffs in the Grauer case, said the appeals court rightly decided that under the NHCA, elderly, vulnerable people need access to justice, and separating fees and awards was correct.

"It largely works on the basis that these are cases that attorneys may not be keen to take up," Battersby Black told the Cook County Record.

The attorney noted that historically few nursing home cases are tried and then appealed, so it was important for the appeals court to ponder and decide on these issues. And the NHCA specifically states that the losing litigant shall pay the costs and fees, Battersby Black added.

The decision of the appellate court, however, was delivered as an unpublished order under Supreme Court Rule 23, which means it generally cannot be cited as precedent - yet.

Battersby Black said her firm will move for it to be published.

On the defense side of the bar, Ballek said she hopes the court opts to keep the decision unpublished.

"I am hopeful the Grauer decision does not set precedent and that cases like this draw the attention of legislature; as the time has come to revisit original legislative intent of the statute," Ballek said.