CHICAGO — A federal appeals court has revived a class action lawsuit in which cat owners sued PetSmart and Hill’s Pet Nutrition over allegations a “prescription diet” food was not any better than normal products. 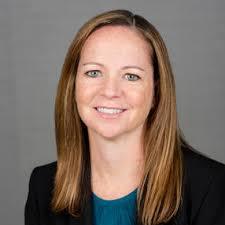 Judge Der-Yeghiayan had determined the complaint lacked the specificity needed to support a fraud claim — therefore undercutting an unjust enrichment claim, as well — and also that it would be barred by the statutory safe harbor for conduct authorized by a regulatory body, the U.S. Food and Drug Administration. However, the panel found, that provision does not apply.

“Pet food intended to treat or prevent disease and marketed as such is considered a drug and requires approval of a new animal drug application,” Sykes wrote. “Without FDA approval, the manufacturer may not sell it in interstate commerce and the product is deemed adulterated and misbranded.”

Although the FDA has issued guidance noting most products in the category don’t have the required approval, “the guidance does not specifically authorize the conduct alleged here, so the safe harbor does not apply,” Sykes wrote.

“Hill’s and PetSmart characterize the Compliance Policy Guide as informal regulatory activity specifically authorizing the prescription requirement and prescription label for Hill’s prescription diet pet food,” Sykes wrote. “They are mistaken … the guide does not establish any legally enforceable responsibilities and it is not binding on either the FDA or the public.”

Although the companies argued that the guide established industry-wide standards, the panel said all it did was help FDA staff allocate its enforcement resources. Sykes wrote the guide has 11 factors that make FDA enforcement actions less likely, but the companies only established one such factor, that the food was available only through licensed veterinarians or under a doctor’s direction.

Turning to the fraud allegations, the court noted that the plaintiffs alleged the marketing practices were both deceptive and unfair because the food can be bought without a prescription and also that it has no material difference from nonprescription food. The companies argued the complaint is deficient because the plaintiffs do not allege they relied on deceptive representations when buying the food, but the panel said that argument misconstrues state law.

The customers alleged they paid more for food labeled as “prescription only” and that it ended up being less than what they expected. Both plaintiffs alleged seeing marketing materials before buying the food at PetSmart in 2013.

Since the statutory claim was revived, Sykes wrote, the unjust enrichment claim for restitution also may move forward.

The plaintiffs are represented in the action by attorneys Ellen M. Carey, Kevin M. Forde and Michael K. Forde, with the Forde Law Offices LLP, of Chicago.