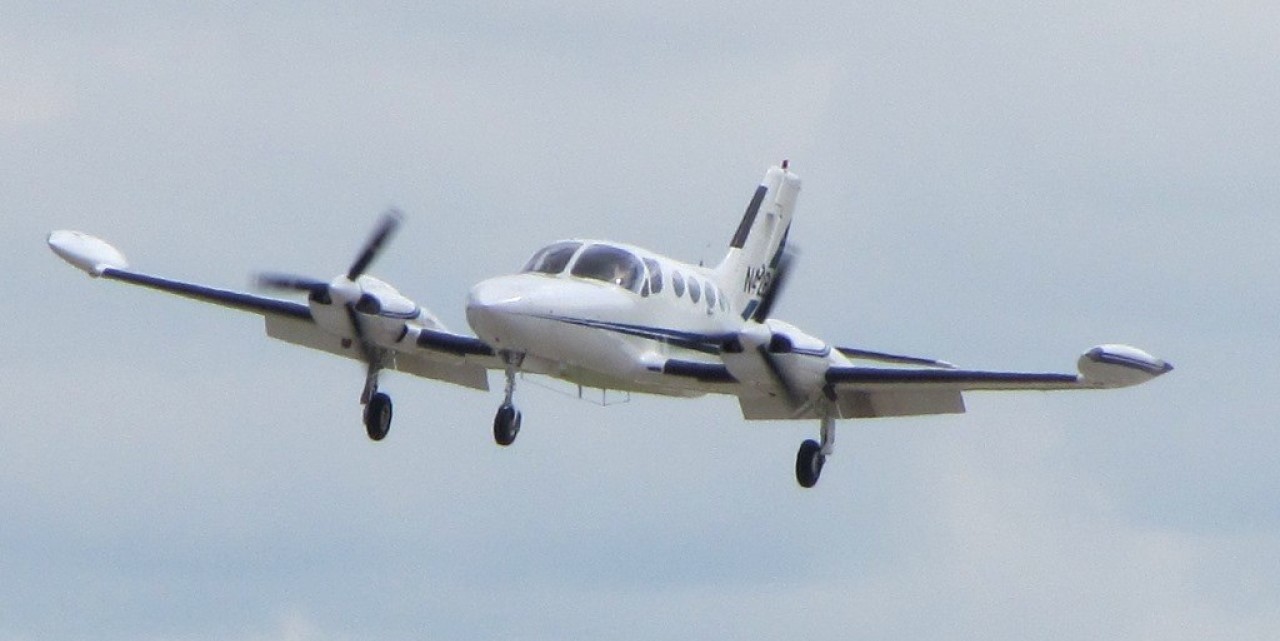 Cessna 421B, the kind of aircraft involved in the crash at the heart of the case decided by the Illinois First District Appellate Court. | FlugKerl2 [CC BY-SA 3.0 (https://creativecommons.org/licenses/by-sa/3.0)]

CHICAGO -  An Illinois state appeals panel has upheld a ruling that romance-focused hotel chain Sybaris Clubs and the estate of its late founder Kenneth Knudson are not liable for the 2006 airplane crash that killed Knudson and three others.

The appeal was the fifth time some version of the lawsuit had come before the Illinois First District Appellate Court. The family of crash victim Scott A. Garland argued that two of the other victims – Knudson and Howard D. Levinson – were partly responsible for the crash because they were negligent in allowing the fourth man killed in the crash, Mark A. Turek, to pilot the plane. Garland’s family also argued that Knudson and Levinson’s employers were vicariously liable because the men were traveling on business when the crash occurred.

The trial court on this iteration of the lawsuit had granted summary judgment to the defendants, which the Garland family appealed, arguing their expert affidavits held enough evidence to take the argument to trial. The court struck some of the experts’ statements, which the plaintiff also appealed. Appellate Justices James G. Fitzgerald Smith, Nathaniel Howse Jr. and David W. Ellis upheld most of the decisions to strike.

“While expert witnesses may testify and base opinions on facts assumed to be true, those facts must have support in the evidence,” Smith wrote in the appellate opinion. “At trial an expert may be cross-examined, but cross-examination is unavailable as a means to test an expert’s testimony submitted by affidavit on summary judgment. Thus, the standard for admission of an expert’s affidavit in the context of summary judgment is higher than for the admission of an expert’s opinion at trial.”

The plaintiff based her claim of negligent entrustment on evidence that Turek was too inexperienced to fly the plane in the rough weather conditions the night of the crash. She argued that Knudson and Levinson, more experienced pilots, should have realized Turek was not up to the task and were negligent in allowing him to command the plane.

The problem, the trial and appellate courts agreed, is the lack of definitive evidence on what caused the crash. It is undisputed that the plane decelerated and stalled on its approach. But whether that was caused by Turek making an amateur error or by something else entirely is not known.

All the plaintiffs' evidence showing that Knudson and Levinson should have known Turek was not competent to fly the craft is irrelevant unless it can be shown that Turek’s incompetence was the proximate cause of the crash, the court said.

“Competent, qualified, and experienced pilots can commit isolated errors or acts of negligence that can cause an airplane crash,” Smith noted. “We will not assume in a negligent entrustment case that the mere fact that an airplane stalled and crashed is evidence that it was due to incompetence or inexperience on the part of the pilot.”

The plaintiffs have been represented by attorney Richard F. Burke Jr. of Clifford Law Offices PC, of Chicago.