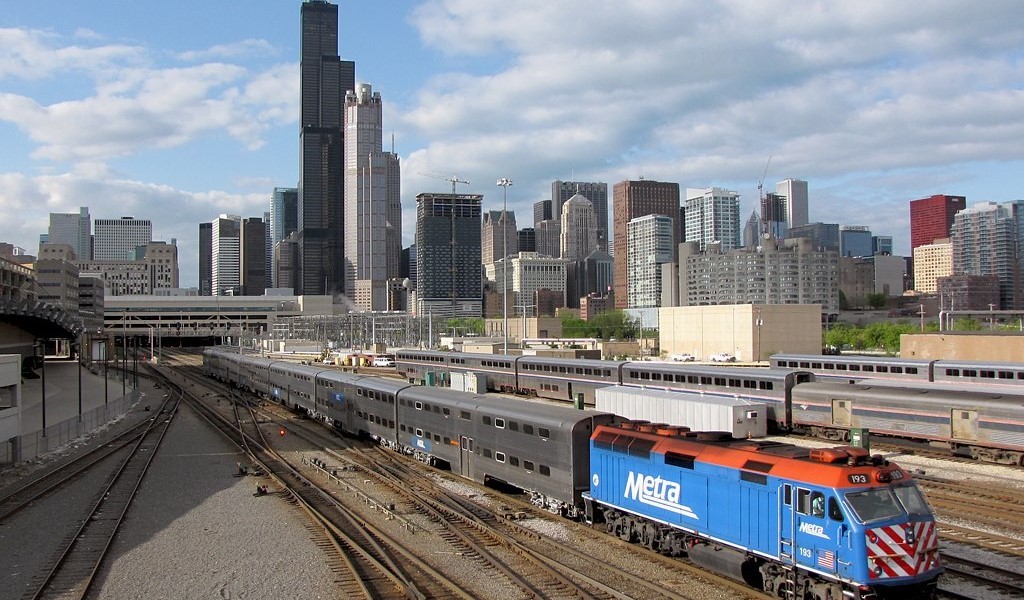 By amtrak_russ [CC BY 2.0 (https://creativecommons.org/licenses/by/2.0)], via Wikimedia Commons

CHICAGO — A federal judge has largely derailed a lawsuit in which a police union accused Metra of improper retaliatory discipline against the president of the Metra Police union local.

The Metropolitan Alliance of Police, a union representing more than 5,000 police officers, and Joseph Kresch, president of the union chapter representing Metra police officers below the rank of captain, sued the regional commuter rail service and Metra Police Chief Joseph Perez in April 2018, alleging violations of the Railway Labor Act and of retaliation for the exercise of freedom of speech and association.

Metra and Perez moved to dismiss four counts of the complaint. In an opinion issued Feb. 19, U.S. District Judge Charles Kocoras granted only partial approval of that request.

Kocoras noted Kresch and the union amended the initial complaint in October to allege further “harassing and retaliatory behavior” aimed at convincing Kresch to drop his suit. Included are allegations that Perez indirectly targeted Kresch with a homosexual slur and other insults at command meetings. Kresch also alleged his supervisors were told to watch him closely and write up any possible infractions; a commander refused to speak with him regarding downtown stations; and he was passed over for a promotion in April despite topping the eligibility list.

Kresch eventually resigned from his job and argued he was essentially forced to quit. Metra said the voluntary resignation didn’t constitute an adverse employment action and further said Perez’s actions can’t be attributed to Metra.

After filing the first complaint, in which Kresch accused Metra and Perez of retaliating for his role as union president in nearly 100 disciplinary proceedings and labor grievances, the union and Kresch argued Perez and Metra “removed him from his position, disciplined him without cause several times, reassigned him to a location that required Kresch to travel 60 miles each way to work, ordered other supervisors to watch him, called him a faggot during departmental meetings, refused to support him on work-related matters, and refused to promote him despite his eligibility,” Kocoras wrote.

However, the judge said, none of those allegations establish the concept of constructive discharge, which typically involves “threats beyond termination, such as criminal prosecution or physical harm.” Without disputing Kresch’s allegations, Kocoras wrote he failed to show “defendants’ conduct made Kresch’s working conditions unbearable.”

Kocoras was more open to the arguments concerning Perez’s status as an agent of Metra. Since Perez is the chief, the union argued, he is the final policymaker concerning Metra police officers, has authority to determine his department’s written policy and can decide whether to discipline officers. Kocoras said Kresch didn’t need to allege Perez “had unfettered authority to discipline” or that his decisions aren’t subject to meaningful review. His role as chief is sufficient to establish the liability connection between Perez and Metra.

With that attribution established, Kocoras continued, Kresch and the union can rely on the concept of an adverse employment action to bring the allegation that Metra violated Kresch’s First Amendment rights through retaliatory actions aimed at trying to curb his lawsuit.

Finally, Kocoras agreed to dismiss the part of the complaint in which Kresch sought to hold Perez liable for intentional infliction of emotional distress.

“While (Perez’s) alleged conduct is distasteful,” Kocoras wrote, “it is not extreme and outrageous.”

MAP and Kresch are represented by attorney Steven Calcaterra, of Naperville. They have requested a jury trial.