Saying the lawsuit represents an attempt to step over the state’s sole authority to regulate hospitals, the owners of the shuttered Westlake Hospital have fired back against the continued efforts by the village of Melrose Park to punish the owners for closing the hospital, while allegedly misleading state regulators and village officials about their plans.

“This improper and baseless lawsuit should never have been brought,” Pipeline’s lawyers wrote in a brief filed in support of the defendants’ motion to dismiss. 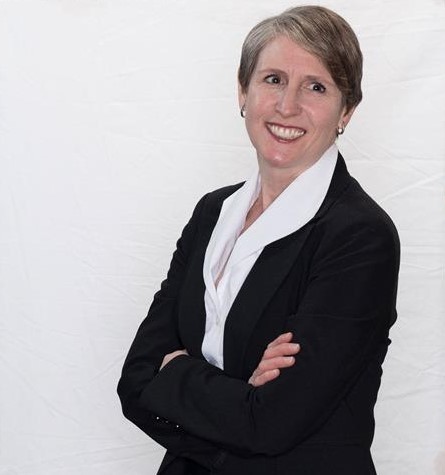 They accused the village of attempting to “hijack and interfere” with a process governed exclusively by Illinois’ state health facility regulators.

Further, the brief asserts an ordinance on which the village has based a sizable portion of its claims for damages unconstitutionally attempts to retroactively target Pipeline for closing the hospital.

The dispute between Melrose Park and Pipeline has raged across nearly all levels of Chicago’s courts for the past year.

In March 2019, the village first sued Pipeline, claiming the hospital owners defrauded the village and violated Illinois law by moving in February to close Westlake Hospital, just weeks after completing the deal to purchase the hospital along with two other hospitals in Chicago and the suburbs.

Melrose Park claimed Pipeline had not been truthful with state regulators and the village about its plans for Westlake as it sought permission from the Illinois Health Facilities and Services Review Board to complete the purchase of the hospitals.

A Cook County judge issued an order, forbidding Pipeline from closing the hospital while the litigation continued, even though Pipeline secured permission from the state board to close Westlake. That order was initially overturned by a state appeals court, before being reinstated by the Illinois Supreme Court.

Pipeline has repeatedly asserted Westlake was losing millions of dollars each month, and its prognosis was only worsening the longer it stayed open.

After three months operating under the Pipeline eventually secured the right to close the hospital from a federal bankruptcy judge.

However, Melrose Park, through its lawyers, hired from the Chicago class action firm of Edelson P.C., has not slackened its pursuit of a court-ordered payday from Pipeline.

After initially slapping a hold on further legal action against Pipeline, the bankruptcy judge relented and allowed Melrose Park to renew its case in Cook County court, so long as the village did not attempt to secure a court order forcing the hospital to reopen.

Melrose Park then filed an amended complaint in Cook County court in January, asserting fraud claims against Pipeline and all related entities, except the corporate holding company created specifically for Westlake and its assets, and for which Pipeline had sought bankruptcy protection.

In that complaint, Melrose Park asserted Pipeline had engaged in fraud and created a “public nuisance” by closing the hospital.

The lawsuit asks the judge to order Pipeline to cough up unspecified damages, including punitive damages, and fines to be assessed under Melrose Park village ordinances.

In reply, Pipeline said Melrose Park’s complaint has no legal legs to stand on.

“At bottom,” Pipeline assert the theory on which Melrose Park has based its case – that if Pipeline had been allegedly more forthright in its intentions, the village could have secured an order from the state prohibiting the sale of Westlake, and the hospital would still be in operation – “is, to put it bluntly, fantasy” and “has no basis in reality.”

The company said the village’s involvement in the matter exceeds its home rule powers under the Illinois state constitution, by trespassing on an area in which the state has sole regulatory authority and improperly seeking a review of the state board’s decision, when it has no standing under the law to do so.

The village “cannot ‘end run’ the procedure for obtaining review of a Board decision, or cure its lack of standing to seek such a review, by re-casting its challenges as a series of claims against Defendants for having attained that decision,” Pipeline said.

“… In short, this action constitutes an improper, collateral attack on the Board’s decision to approve the Westlake Change of Ownership application by an entity that has no standing to challenge that decision…” Pipeline said.

Further, Pipeline argued a key ordinance on which the village’s new complaint relies, is unconstitutional. The ordinance would allow the village to impose potentially steep fines and invite lawsuits against Pipeline or other operators of medical facilities who use a “false statement” to mislead others into allowing the “diminishment of the quality or availability of public safety services within the village.”

Pipeline said this ordinance exceeds Melrose Park’s powers under the state constitution and illegally targets them, as it was enacted days after Pipeline announced its intent to close Westlake.

Further, Pipeline noted the ordinance was enacted in late February 2019 – after Pipeline allegedly made its alleged “false statements” and just before the village filed suit.

Pipeline also pushed back against Melrose Park’s claims that the closure of Westlake Hospital created a “public nuisance” in the community.

The company said there is “no case recognizing a public right in the continued operation of a private hospital.”

Pipeline is represented by attorney Sondra A. Hemeryck and others from the firm of Riley Safer Holmes & Cancila, of Chicago.