A Chicago federal appeals panel has refused to undo its decision to toss a $3 million verdict for a woman who sued a drug maker after her husband killed himself while taking antidepressants, saying a 2019 U.S. Supreme Court opinion “clarified” the responsibility of drug companies for warning labels, but did not call for reinstatement of the verdict.

The March 6 decision was penned by Judge David Hamilton, with agreement from Judge Diane Sykes and Chief Judge Diane Wood, of the U.S. Court of Appeals for the Seventh Circuit.

Hamilton stressed the “importance of finality” in putting to a close a 2012 case brought by Wendy Dolin against pharmaceutical company GlaxoSmithKline. 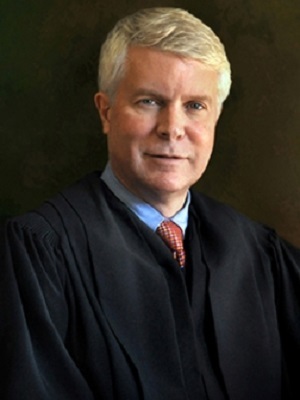 Dolin’s husband committed suicide in 2010 in Chicago. Dolin alleged he was taking paroxetine, the generic version of GSK’s antidepressant Paxil.

She sued GSK, alleging the drug’s label, which was identical for both Paxil and paroxetine and was written by GSK, did not adequately warn users the drug could increase the risk of suicide.

The company has maintained it repeatedly tried to persuade the U.S. Food and Drug Administration to let it upgrade the suicide warnings on the label, but the FDA refused.

Dolin countered GSK should have tried harder, and two federal district judges presiding over the case refused to allow GSK to rely on that argument in their defense at trial.

A jury agreed with Dolin, handing her a $3 million verdict.

The Seventh Circuit, however, overturned the verdict in 2018 on appeal, finding GSK actually had no ultimate control over labels.

Dolin asked the U.S. Supreme Court to hear the case, but the court declined.

In the meantime, the high court addressed another suit involving drug labels. In its decision in the case known as Merck Sharp & Dohme Corp. v. Albrecht, the court found there must be “clear evidence” a drug maker “fully informed the FDA” of potential dangers, and the FDA in turn told the manufacturer it would not approve a labeling change to warn of such dangers.

Dolin latched on to the Albrecht ruling to file a motion to have the Seventh Circuit restore the $3 million verdict.

However, Judge Hamilton pointed out the high court’s ruling marked the “ordinary evolution and clarification” of case law, “not reversal and overruling.”

Hamilton added, “Albrecht provided important guidance but did not break new ground that would change the result in this case.”

GSK asked the Seventh Circuit to sanction Dolin for bringing, what GSK claimed, was a frivolous motion, but Hamilton refused.

“Mrs. Dolin has been vigorous in pursuing her arguments, and she has had every right to be. We see no indication of bad faith here. We deny GSK’s motion for attorneys’ fees and costs. Mrs. Dolin has already lost her husband and a $3 million jury verdict. She need not lose anything more,” Hamilton said.

Dolin has been represented by Baum, Hedlund, Aristei & Goldman, of Los Angeles, and Rapoport Law Offices, of Chicago.

GSK has been defended by King & Spalding, of Atlanta; Dentons US LLP and Husch Blackwell LLP, both of Chicago; Phillips Lytle LLP, of Buffalo; Williams & Connolly, of Washington, D.C.; and Troutman Sanders LLP, of Atlanta.