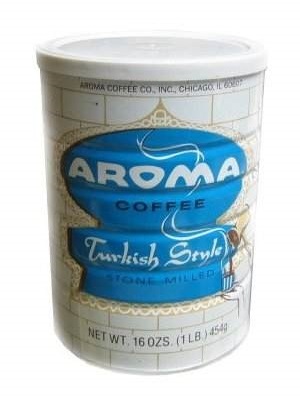 A Chicago area coffee roaster which roasts, grinds and distributes Aroma-brand Turkish-style coffee has sued an Illinois competitor for allegedly selling counterfeit versions of the coffee it sells to consumers and restaurants, as well as violating the company’s trademark and trade dress, particularly Aroma’s distinctive blue and white coffee can.

Forest Park’s C&S Roasters LLC, which produces and sells Turkish-style Aroma coffee, claims Jan Gonciarczyk - who conducts business as JG Coffee Trading - knowingly sold and continues to sell a Turkish-style coffee in a blue and white coffee can nearly identical to that of the Aroma brand.

According to the complaint, the Aroma trademark and blue and white trade dress has been continuously registered in Illinois since 1951 by C&S for its coffee, tea and spices and is well-known by customers who associate the blue and white can with quality coffee.

The issues outlined in the Sept. 15 complaint date back to 2014, when Geo. H. Hathaway Coffee Co., of Summit, began selling coffee in blue and white cans labeled as Aroma Coffee. The lawsuit noted C&S demanded at that time Hathaway stop selling the product, and the company agreed in writing on Feb. 25, 2015, to never again use a blue and white can or similar trade dress for coffee or other products.

However, after Feb. 25, 2015, Gonciarczyk - who purportedly had worked as a salesman for Hathaway - began selling coffee in Illinois labeled as Aroma coffee and again packaged in blue and white cans similar to that of C&S’s trademarked can and design.

C&S asserts Gonciarczyk’s trademark violation is deliberate, as the company sent a cease-and-desist letter to Gonciarczyk on Sept. 1, 2015, requesting he stop using the Aroma trademark and trade dress, and on Sept. 3, Gonciarczyk responded and refused to do so.

While C&S said it does not know the extent to which Gonciarczyk has sold the allegedly counterfeit Aroma coffee, the company does claim the imitation coffee was sold to ethnic grocer Spartan Brothers, of Chicago, which specializes in selling Greek food products, and other Chicago area businesses.

C&S fears the copied Aroma cans will be confused with actual Aroma coffee, and customers who are unhappy with the counterfeit product will stop buying the actual product, thereby diverting future sales and harming the company’s reputation.

The company is seeking treble damages, additional damages and attorneys’ fees and costs, as well as an order from the court preventing Gonciarczyk, JG Coffee Trading and any of its affiliates from using the Aroma trademark or trade dress in the future.

C&S Roasters is represented by Steven H. Hoeft of the firm of McDermott, Will and Emery LLP in Chicago.