CHICAGO – Chicago may be the next municipality to require employers in the city's limits to provide employees with paid sick leave, meaning employers should begin planning now for the implications of the new rules, including an increased risk of lawsuits, said a trio of local attorneys.

"The preamble to the ordinance details the basis for the ordinance," Alexis Dominguez, Sonya Rosenberg and William Tarnow II, all of Neal, Gerber & Eisenberg LLP in Chicago, said in a joint email. "It includes provisions that in Chicago '43 percent of private sector workers receive no paid sick leave.' The city's comments reference the effect the law will have in the restaurant/hospitality industry, but the new law is not limited and will impact employers in all sectors." 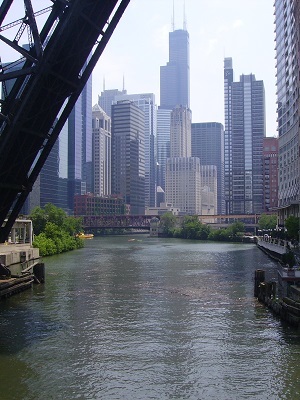 Under the proposal's provisions, employees working in Chicago's city limits would accrue one hour of paid sick leave for every 40 hours worked. That accrual would begin from the employee's first day on the job or from the ordinance's effective date, which currently is scheduled for July 1, 2017.

Employees exempt from overtime requirements also would accrue sick time, but based on one hour per each assumed 40-hour work week or based on whatever hours are considered normal for their work week, according to the proposed ordinance. It would apply broadly to all employees working at least 80 hours within any 120-day period for employers within the city limits who meets city licensing requirements.

The proposal was passed to Chicago City Council's Committee on Workforce Development and Audit, where it currently remains.

Assuming the proposal passes, Chicago employers need to prepare now for this requirement that may hit next summer, Dominguez, Rosenberg and Tarnow said.

Reasons employees may take this sick leave can be broad, Dominguez, Rosenberg and Tarnow said.

"Employees can use paid sick leave for their own illness or injury, as well as for the illness and injury of their family members, or if the employee or a member of his or her family is a victim of domestic violence," they said.

There also are a number of employment-related litigation risks that could arise from the ordinance, Dominguez, Rosenberg and Tarnow said.

"The employment-related risks associated with paid sick leave ordinances arise from noncompliance," they said. "Employers may not be aware of the ordinance or may incorrectly assume the ordinance does not apply to their workforce. Failure to provide paid sick leave to employees may result in costly litigation and serious civil penalties. For example, employees may recover damages equal to three times the full amount of any unpaid sick leave denied or lost as a result of a violation of the proposed ordinance, as well as interest on that amount calculated at the prevailing rate, costs and reasonable attorneys’ fees. Accordingly, it is imperative that employers familiarize themselves with the proposed ordinance and prepare to make any necessary changes to their policies and practices."

"Because all these laws are relatively new, we have yet to see courts grapple with alleged violations," the three said. "As additional laws go into effect around the country, we expect to see litigation in this area."

Want to get notified whenever we write about Neal Gerber & Eisenberg LLP ?

Sign-up Next time we write about Neal Gerber & Eisenberg LLP, we'll email you a link to the story. You may edit your settings or unsubscribe at any time.