SPRINGFIELD — At the turn of the New Year, county circuit court systems across Illinois are expected to take a leap into the 21st Century, as they begin to require all civil court documents to be filed electronically, under an order from the state's Supreme Court.

However, the steps into the digital age may not necessarily ensure greater or easier access to otherwise public court documents in the state.

In Illinois, electronic filings to the state's Supreme Court and appellate courts were mandated beginning in July. 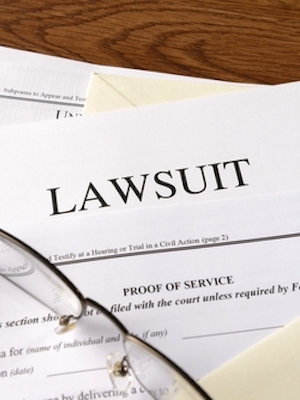 Criminal filings are not yet subject to the electronic filing mandate.

Theoretically, the public should have a much easier time seeing court filings now, if the federal courts' online document filing system is any indication. But, while e-filing will almost certainly make it easier for lawyers to access filed documents, public access to certain information will still be restricted. And for that information that is made available, the public might still need to travel to a county courthouse, with still no guarantee court clerks may not still restrict access to certain filings pending some kind of review by the clerk's office.

In early November, Courthouse News Service filed a federal lawsuit against the Cook County Circuit Clerk's office over that very assertion, claiming the clerk's office has used the rise in e-filings to delay by days or even weeks the public availability of lawsuits filed in Chicago's local courts.

However, William Raftery, a senior analyst for the National Center for State Courts, a Williamsburg, Va.-based organization providing assistance to state and local courts across the country, said the nature of the cases themselves could be used to justify access restrictions to documents.

Raftery noted the courts can restrict public access "for a host of reasons," including such reasons as the cases may involve "protected parties," such as juveniles and minors, or because the documents contain "protected information," such as Social Security numbers and birthdates.

"This is true whether the document is e-filed and 100 percent electronic or is a paper document now," Raftery said. "Lawyers are expected not to reveal such information and can be disbarred for doing so.”

Fifteen Illinois circuit courts had already set up e-filing by this summer, and they will be allowed to continue using their systems as long as there is communication between their system and the centralized statewide electronic filing manager system, known as eFileIL, as the Illinois Bar Journal notes.

“Most states don’t have statewide policies on mandatory e-filing," Raftery said. "The reason is that many states still operate on a county-by-county basis. Thus e-filing may be a requirement in one county, but not the next.”

"Al that square footage for holding documents is now freed up or doesn’t need to be purchased or rented at all," Raftery said.

Although it’s 2017, e-filing is not available everywhere, and won't be for some time yet.

“The holdup is threefold," Raftery said. "One, there’s the cost. It takes a lot of money to set these things up and get staff up to speed.

"Two there's the technology. The systems are only now getting much easier to set up and much more common.

Three, the will. Courts have relied on paper for centuries. Overcoming that is a big hurdle.”