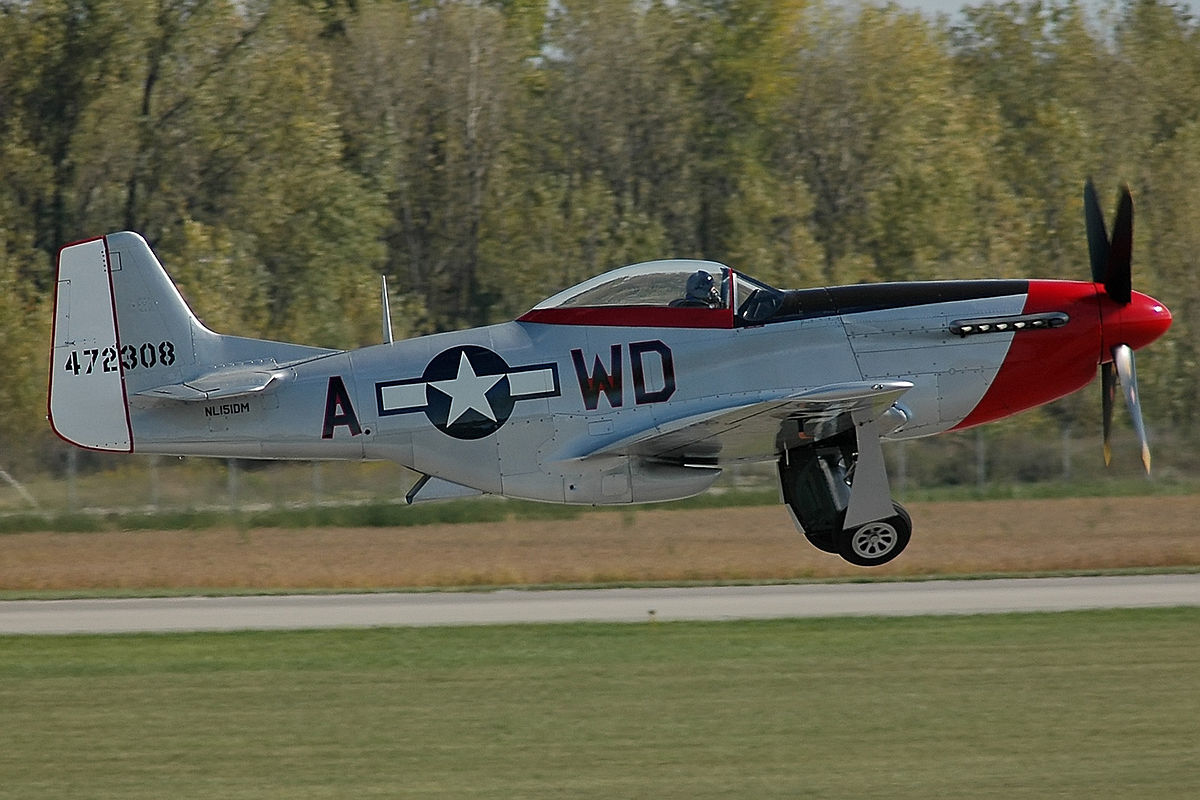 CHICAGO — A federal judge has ruled in favor of the plaintiff in a dispute over the ownership of a rebuilt World War II fighter plane.

The decision was handed down by Judge John Robert Blakey on Nov. 13 in the U.S. District Court for the Northern District of Illinois.

In 1998, Charles Greenhill purchased a a P-51D Mustang, a World War II-era fighter plane from Wilbur Martin, through Martin's corporation Wings & Wheels, according to the complaint. The plaintiff purportedly restored the plane and now keeps it in the hangar of his corporation, Amphib Inc., in Kenosha, Wis.

Vartanian was living in California at the time, and in 1985, when he wanted to move the plane to California, discovered it allegedly was no longer at the Fulton County hangar.

Brown alleged the plane had been taken by Wilbur Martin, an enthusiast who restores planes in southwest suburban Palos Park. Martin, however, claimed he had bought parts, not the plane.

“In 1985, (Vartanian) contacted the FAA, the Federal Bureau of Investigation and law enforcement agencies in Los Angeles, New York and Chicago about the theft of his plane," Blakey said in the decision. "According to Martin's 2016 deposition, the FBI contacted him in Palos Park but did not pursue the matter once Martin provided proof of his purchase of airplane parts from Waterman Brown.”

The background of the plane’s ownership gets even murkier, however.

“Martin registered an aircraft with the FAA under s/n 44-63655—the serial number attached to the plane at issue here..." Blakey said in the court decision. "The exact origin of the s/n 44-63655 serial number remains in dispute. That number was originally attached to a P-51D Mustang that Martin, by his own admission, crashed in Nicaragua in 1965, after which the number was retired.”

According to Vartanian, in order to disguise the New York plane’s identity and hide its theft, Martin used that serial number. “...a plane with s/n 44-63655—allegedly containing either all or parts of [the] defendant's New York plane—remained in Martin's possession until he sold it to [the] plaintiff in 1998,” according to Blakey's decision.

Around 2002, Vartanian allegedly read an article in Air Classics magazine “...about [the] plaintiff's P-51D Mustang, newly christened Geraldine. The article (apparently erroneously) identified the plane as s/n 44-74543—the serial number of [the] defendant's New York plane—and mentioned [the] defendant as a former owner, as well as the plane's history in the RCAF.”

Vartanian started an investigation that lasted for years and pursued what he believed to be the theft of the plane by Martin.

Greenhill filed this lawsuit in October 2015, asking the court to end the dispute by declaring the plane belongs to him, and that Vartanian has no claim to it. Vartanian responded with several counterclaims.

“[The] defendant's counterclaims challenging [the] plaintiff's title to the plane on the basis of Martin's alleged theft are the only grounds offered against [the] plaintiff's otherwise lawful title," Blakey said in the decision. "Because those claims are time-barred as a matter of law, there is no remaining dispute over [the] plaintiff's valid purchase of the plane."

Greenhill was represented in the action by attorneys with the firms of Neal, Gerber & Eisenberg, of Chicago, and Sweeney & Scharkey LLC, of Chicago.

Vartanian was represented by the firm of Kerkonian Dajani LLC, of Evanston.