A once-suspended Cook County correctional officer has become the latest to win a new chance to sue the Cook County Sheriff for disciplining officers before an allegedly illegal review board.

A Cook County judge has granted the request of plaintiff Anthony Squeo to reconsider an earlier decision, which had tossed out his complaint against Cook County Sheriff Tom Dart. The decision by Cook County Judge Neil Cohen reversed Cohen’s decision from June, and perhaps teed up yet another case for an appellate panel to handle in the long-running court fights over whether Dart allegedly improperly disciplined or terminated correctional officers accused of wrongdoing.

In this case, Cohen said Squeo’s lawyers correctly pointed out the judge incorrectly applied the law in determining Squeo’s case did not deserve to continue. The judge said his earlier decision relied on the most recent version of an Illinois law, which only requires the Cook County Sheriff’s Merit Board to have three to seven members to review and rule on Dart’s requests for discipline actions against correctional officers and other sheriff’s office employees. 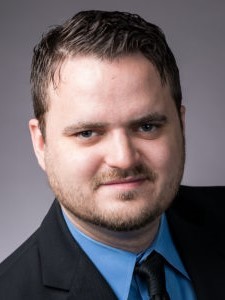 Squeo, however, had argued his case should be viewed in light of the earlier version of the law, before it was changed in 2018, which required the Merit Board to have seven legally appointed members to review Dart’s discipline requests.

“Plaintiff (Squeo) alleges that the Board was not legally constituted when the charges against him were filed on July 26, 2017, because it did not have seven members,” Cohen wrote. “… Plaintiff can challenge the Board’s authority to act on this ground.

“That the Board became properly constituted after charges were filed … does not bar Plaintiff’s allegations.”

Squeo’s lawsuit has been pending since October 2018. In the complaint, he asked the court to throw out a 45-day suspension handed to him by the Merit Board in July 2017. The board found Squeo, a correctional sergeant at the Cook County Jail, had allegedly placed his hand on an inmate’s neck for several seconds during a struggle, but not include that information in his Use of Force Report.

Squeo is asking for the suspension to be rescinded and for the county to pay him back pay, damages and his lawyers’ fees.

Both Dart and Cook County State’s Attorney Kim Foxx sought and secured dismissal of that allegation, calling it “creative,” but “wrong and illogical.”

However, Squeo also argued the Merit Board was improperly constituted at the time of the disciplinary action against him.

That allegation echoes similar accusations leveled against Dart and the Merit Board in numerous lawsuits, including class actions, on behalf of perhaps hundreds of disciplined correctional officers.

The cases surged in the wake of an Illinois First District Appellate Court ruling in 2017, in the case docketed as Taylor v Dart. In that decision, the court ruled the disciplinary action taken against the plaintiff was illegal because some members of the Merit Board had once been improperly appointed to interim terms, instead of the six-year terms required by law.

The decision prompted Illinois lawmakers to change the law. After the law change, Dart appointed a new board, and refiled charges against many correctional officers accused of misconduct.

Cook County judges have typically sided with Dart in handling lawsuits over the Merit Board’s makeup. But earlier this summer, a three-justice panel of the First District appeals court said a Cook County judge was too hasty in dismissing a lawsuit brought by several disciplined correctional officers.

Judge Cohen had dismissed Squeo’s complaint at about the same time as the Goral decision was delivered by the First District.

Squeo pointed to the Goral decision in arguing he had the right to challenge the Merit Board’s decision over whether the board had the proper number of members under the law at the time his disciplinary case was reviewed by the Merit Board.

Cohen agreed, and revived Squeo’s suit on that particular argument. He issued his order as “final and appealable.”

The Cook County Sheriff’s Office has not yet appealed the decision.

Squeo is represented in the case by attorneys Christopher Cooper, of Chicago, and Cass Casper, of Talon Law, of Chicago.

Dart and the Sheriff’s Office have been represented by attorneys Stephanie A. Scharf, Sarah R. Marmor, Deirdre A. Fox and George D. Sax, of the firm of Scharf Banks Marmor LLC, of Chicago.