Several paint companies, which are facing a class action by a group of parents, have told the Illinois Supreme Court they should not have to pay for children's mandatory lead screenings, because Medicaid paid for the tests, not the parents.

"The ruling was just incorrect," said Dan Webb, attorney for the companies, referring to an appellate decision he is challenging before the state high court. 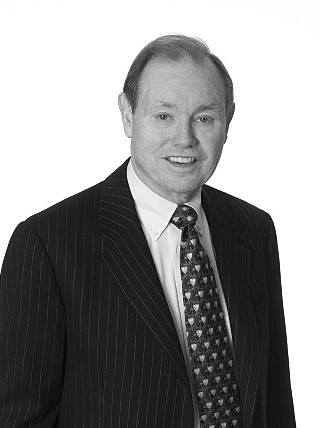 Plaintiffs lived in areas the Illinois Department of Public Health designated as high risk for lead poisoning, which required children ages 6 months to 6 years old in those areas be screened for lead in their blood. Plaintiffs want defendants to reimburse them and other similarly situated parents and guardians for the costs of such tests done between Aug. 18, 1995, and Feb. 19, 2008.

In 2016, Cook County Judge Peter Flynn tossed the suit, saying plaintiffs didn’t incur any expenses, because the tests were covered by Medicaid.

Lewis and Banks appealed, invoking the so-called collateral source rule, which says benefits received by an injured party from a source independent of, and collateral to, the party causing the injury, known in legal terminology as the "tortfeasor," does not diminish the damages recoverable from the tortfeasor.

Lewis and Banks argued this rule applies, because although Medicaid may have eventually paid for the tests, they were nonetheless harmed and retain the right to recover costs from defendants.

Justice Hoffman pointed out one of the justifications for the rule, is a tortfeasor should not benefit from contracts or other relations that exist between an injured party and third persons. Hoffman further found Lewis and Banks were “statutorily liable for the cost of that testing” and so have a “cause of action for the reasonable value of the testing services, without regard to the fact that Medicaid paid the entire cost.”

Webb explained the Act makes parents responsible for their minor children's expenses, but the parent-plaintiffs never paid for any screenings; Medicaid did.

"The (appellate) court simply made a mistake in interpreting the statute . . .Under Illinois law for a tort, you do not have standing unless you have an injury," Webb argued.

Moirano contended plaintiffs took on liability they would not have had, but for the acts of defendants.

"The whole purpose of the collateral source rule is to not let the tortfeasor escape liability for their tortious conduct. They shouldn't escape liability simply because Medicaid or insurance or somebody else paid to discharge our liability. We are a classic collateral source rule case. Our tort action has to do with the liability our clients incurred for the costs of their children's testing, whether they paid those costs or not," Moirano maintained.

At one point, Justice Robert Thomas asked Moirano: "Humor me, has an actual loss occurred here?"

Moirano replied, "No, your honor."

Thomas then asked, "Is there one that's reasonably certain to occur? Humor me."

Moirano again replied in the negative.

Arguments by Webb and Moirano lasted about 46 minutes. The Supreme Court has not yet issued a decision.

The case has been in appellate court four times during its 19-year life.