Cook County, with Madison, St. Clair, land at No. 7 on list of America's worst 'Judicial Hellholes' 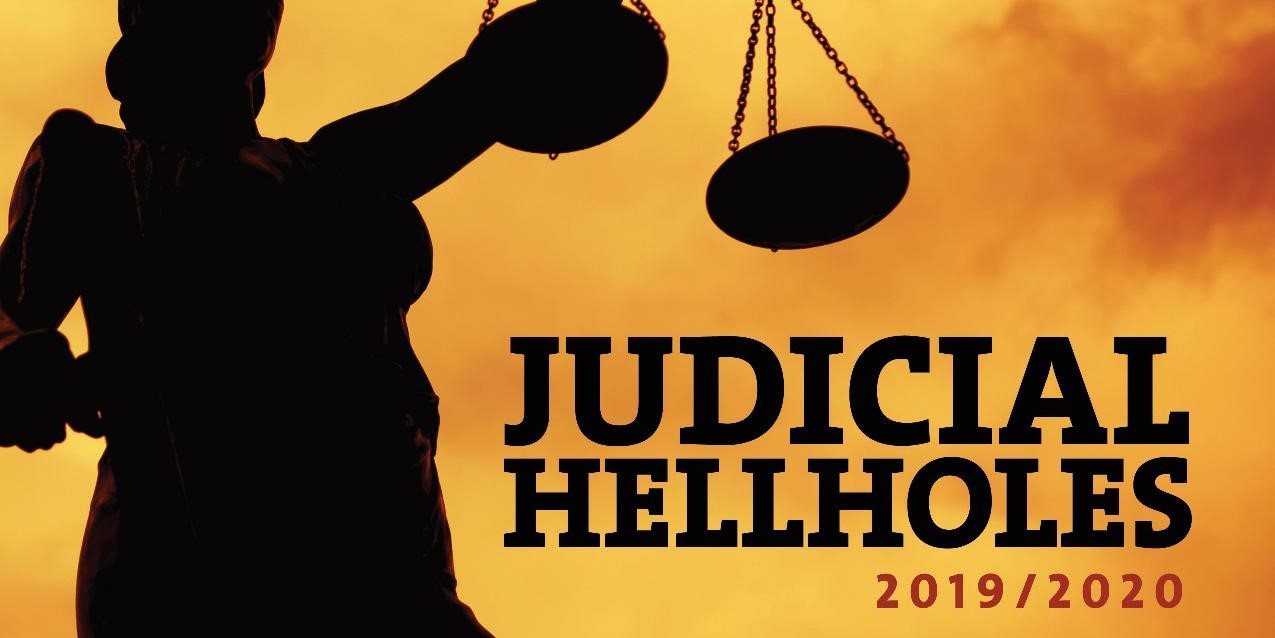 Cook County’s courts have again landed on a familiar list, receiving a prime ranking on the list of America’s worst “judicial hellholes.”

On Dec. 10, the American Tort Reform Association ranked Cook County, together with downstate Madison County and St. Clair County, a combined No. 7 on its "Judicial Hellholes" list, designed to draw attention to some of the country’s most litigious local court systems.

“The three counties are on the forefront of ‘no-injury’ lawsuits and remain hotspots for asbestos litigation,” ATRA said in its report. "Not only are the prospects for reform grim, but the state legislature passed an aggressive pro-plaintiff agenda in 2019 with more of the same expected in 2020. 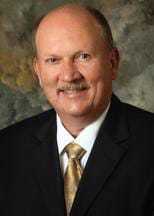 “This is disappointing news for a state in desperate need of economic growth and job creation.”

ATRA pointed to a report prepared in 2018 by the Perryman Group, which estimated “excessive tort costs” from lawsuit activity cost the Illinois economy $4.5 billion in direct costs each year, which ripples out to cost the state nearly 82,000 jobs, the report said.

In the Chicago metropolitan area alone, the report indicated those costs hit $3.8 billion and 68,000 jobs annually, translating to a “tort tax” of $811 per person per year.

Enacted in 2008, the law sat largely unnoticed by most until recent years, when a particular group of law firms began filing lawsuits under the law’s notice and authorization standards.

Led by the Chicago firm of Edelson P.C., the lawsuits initially targeted tech giants like Facebook, over so-called photo-tagging software, which mapped the facial geometry of people pictured in photos uploaded and shared on social media.

However, within months, a steady stream of lawsuits filed by firms like Stephan Zouras LLP and McGuire Law P.C., of Chicago, began targeting a host of businesses of all shapes and sizes, from a host of industries, asserting they should pay potentially millions or even billions of dollars in damages for using fingerprint-scanning software without first securing written permission and distributing allegedly required notices to employees and customers concerning how the scanned fingerprints were being stored, used, shared and ultimately destroyed.

The lawsuits particularly targeted employers who used so-called biometric timeclocks to track employee work hours and payroll, or for requiring workers to scan their finger or handprints when accessing secured areas, like cash lockers at retail stores or drug supply closets at hospitals.

Employers and others pushed back initially by arguing the lawsuits should be tossed because the people suing never were harmed by the collection of their biometric identifying information, such as through a data breach or identity theft.

However, earlier this year, the Illinois Supreme Court shot down that defense when it ruled in the case docketed as Rosenbach v Six Flags that plaintiffs don’t need to demonstrate any actual harm from the biometric scans. The state high court said the violation of the law alone was sufficient to potentially place businesses on the hook for what defense lawyers and others have said could be crippling damages.

Pastuovic noted "one law firm reported that in the first 5 months after the (Rosenbach) decision, the Illinois plaintiff’s bar filed nearly as many BIPA class actions as it did during the prior 10 years."

Several lawsuits now directly target companies like ADP and Kronos, and other vendors which supply employers in Illinois with biometric timeclocks and payroll-tracking software.

The Illinois Supreme Court ruling was then cited by the U.S. Ninth Circuit Court of Appeals in California, where Facebook is fighting a class action under the Illinois BIPA law. There, the appeals court said the risk of future harm was enough to allow the class actions to proceed under BIPA.

“The Illinois Supreme Court and Ninth Circuit rulings open the door to even more aggressive no-injury class actions and may discourage development use of innovative technology,” ATRA said in its “Hellholes” report.

Aside from the BIPA lawsuit blitz, ATRA noted the leading roles played by Cook County and Madison and St. Clair counties in making Illinois a popular destination.

The report again noted Madison County “remains the preferred jurisdiction” in the U.S. for asbestos-related lawsuits, with more than 1,000 claims filed each year – more than three times the filings in New York, the No. 2 jurisdiction for asbestos filings. Madison County accounted for more than one-quarter of all asbestos lawsuits filed in the U.S. in 2018, the report noted, despite a nationwide decline elsewhere.

“Plaintiffs flock to both the Madison County and St. Clair County courthouses due to their plaintiff-friendly reputation, low evidentiary standards, and judges’ willingness to allow meritless claims to survive,” ATRA wrote.

LIABILITY, LAWSUITS ONLY GOING TO INCREASE?

The report also noted the counties have helped make Illinois a haven for a range of other no-injury lawsuits, including over product labeling, packaging and marketing. The report noted plaintiffs chose to bring lawsuits in Chicago’s courts over labeling proclaiming certain products have “no preservatives” or are “natural,” and lawsuits over “slack fill,” alleging a product’s box or bag isn’t full enough.

Further, the ATRA report also criticized recent actions by the Illinois Supreme Court and the Illinois General Assembly they said would expand liability for businesses and employers, particularly in the wake of the 2018 election, in which Democrat JB Pritzker triumphed.

The ATRA report noted Illinois’ trial lawyers remained a big political contributor in Illinois, building on the $35 million they donated, mostly to Democratic politicians and causes, from 2001-2016.

“Following his (Pritzker’s) victory, the floodgates opened and the legislature pursued an aggressive liability-expanding agenda in 2019,” ATRA wrote.

The report particularly drew attention to new laws making it easier to sue businesses for asbestos exposure claims; changes the rules for when a judge can order a new trial; and expanding liability under Illinois’ consumer fraud law.

The report noted the General Assembly is also expected to take up measures soon to further expand the potential liability of businesses under the BIPA law.

Nationally, the courts in Philadelphia grabbed the top spot in the annual rundown of what ATRA considers to be the country’s worst court systems.

Specifically, the report points to the Philadelphia jurisdiction’s propensity for massive verdicts, open-door policy in allowing out-of-state plaintiff to file cases there and widespread advertising in the local media market to generate as many lawsuits as possible, as just three reasons for it receiving the top spot on the list.

Currently, 86% of these cases were filed by out-of-state plaintiffs.

The remainder of ATRA’s list of “Judicial Hellholes” is as follows:

2. California – The ATRA highlighted Proposition 65 being exploited by the plaintiffs’ bar, expansion of the state’s Public Nuisance Law, a forthcoming surge of class action lawsuits related to the issue of data privacy and an attack on the arbitration process in its reasoning for including California on the list, pointing to blank. “California’s courts and legislature continue to look for novel ways to expand liability at almost every given opportunity. California’s fall from the No. 1 spot cannot be attributed to any improvement in the state’s liability climate, but rather results from the severity of the new problems plaguing Philadelphia,” according to the report. California was ranked No. 1 in last year’s report.

3. New York City – According to ATRA, the targeting of small businesses, high levels of talc and asbestos litigation, increased third-party litigation funding and a liability-expanding legislative agenda in its remarks about New York City. “New York trial lawyers continue to target small busi­nesses with American with Disabilities Act claims, and the number of consumer lawsuits filed against the food and beverage industry remain on the rise. The legislature pur­sued a very plaintiff-friendly agenda, while much-needed reform to New York’s ‘Scaffold-Law’ continued to stall,” the report says. Stable in its place on the list, New York City was also ranked No. 3 in last year’s report.

4. Louisiana – ATRA looks to aggressive litigation driving jobs out of state, private attorney political donors handling the state’s opioid litigation, judicial misconduct and lack of transparency as reasons for Louisiana being ranked No. 4 in 2019. “The Bayou State continues to climb up the Judicial Hellholes list, due to the costly combination of former plaintiffs’ attorney and current Governor John Bel Edwards’ (D) aggressive litigation agenda, the plaintiff-friendly legislature, and inescapable advertising practices by the plaintiffs’ bar.” Louisiana was ranked No. 5 in last year’s report.

5. City of St. Louis, Missouri – ATRA highlighted top-dollar payouts in talc litigation, liability-expanding decisions and increased punitive damages awards as reasons for the City of St. Louis returning to the list yet again. “A perennial Judicial Hellhole, City of St. Louis once again appears on the list due to lack of reforms and a continuation of the status quo. St. Louis City judges continue to allow blatant forum shopping and excessive punitive damage awards.” St. Louis was ranked No. 4 in last year’s report.

6. Georgia –ATRA says large expansion of premises liability, nuclear verdicts and rising medical liability judgments made for Georgia’s debut on the list this year. “Trial courts across the state have issued liability-expanding decisions. Outrageous nuclear verdicts have become the norm. Premises liability and medical liability are the areas that have been targeted most heavily. The legislature must take immediate action to improve the legal environment, if Georgia hopes to be removed from the list anytime soon,” the report states. Georgia was not ranked in last year’s report.

8. Oklahoma – Per ATRA, the organization referred to Oklahoma’s Attorney General Mike Hunter awarding no-bid contracts to law firms that were his political donors to represent the state in its opioid litigation against Teva Pharmaceutical Industries and Purdue Pharma. “In 2017, when AG Hunter joined scores of other states and municipalities in suing the makers of opioids, he chose not to rely on his own office’s lawyers or even hire one of the many plaintiffs’ firms experienced in pharmaceu­tical litigation,” the report says. Oklahoma was not ranked in last year’s report.

9. Minnesota Supreme Court/Twin Cities, Minn. – ATRA highlighted a decision in Warren v. Dinter in its reasoning for including Minnesota’s top court and Minneapolis-St. Paul on the list, as the Court found that “a doctor can face a medical liability suit even when no traditional physician-patient relation­ship exists…even in the absence of a physician-patient relationship, if it is reasonably foreseeable that the third party will rely on the physician’s acts and be harmed by a breach of the standard of care.” As in other jurisdictions seen here, an expansion of liability for businesses and health care providers landed it on the list. The Minnesota Supreme Court and Twin Cities were not ranked in last year’s report.

10. New Jersey Legislature – According to ATRA, the report pointed to a “radical, overreaching wage-and-hour bill and an anti-arbitration bill that already has been challenged in federal court” as part of its reasoning for including New Jersey’s legislature on the list. The wage law’s “provision for treble damages and tripling of the limitations period could result in recoveries up to nine times larger than would have been available before the bill’s enactment.” The New Jersey Legislature was ranked No. 7 in last year’s report.

Nicholas Malfitano, courts reporter for The Pennsylvania Record, contributed to this report.