Justice Thomas, former kicker for Chicago Bears, to retire from IL Supreme Court; 'Great loss for the Court, for the People of Illinois,' colleague says

Voters in most of Chicago’s suburban collar counties and elsewhere in Illinois’ northwest region will have the chance to select a new Illinois Supreme Court justice, but not for two years, after Justice Robert R. “Bob” Thomas announced his retirement from the state's high court.

He will be replaced on an interim basis by Justice Michael J. Burke, a former DuPage County Circuit Court judge, who currently serves on the Illinois Second District Appellate Court in Elgin. 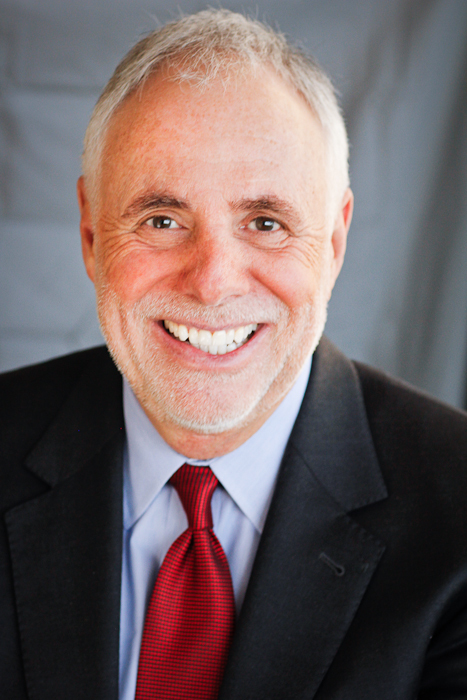 Thomas' colleagues and those who practiced law with him or in courtrooms in which he presided praised Thomas for his thoroughness, humor and ability to quickly zero in on key legal questions on which decisions would often hinge.

“His departure will be a great loss for the Court, for the People of Illinois, and for me, personally," said Thomas' longtime colleague on the state high court, Justice Lloyd A. Karmeier.

Thomas, 67, a Republican, of Glen Ellyn, had been slated to face a retention vote in the 2020 election. If voters had opted to retain Thomas, he would have secured another 10-year term on the Illinois Supreme Court, from the Illinois Second Appellate District.

That district includes the counties of DuPage, Kane, Lake, McHenry, Kendall, DeKalb, Winnebago, Boone and others in northwest and north central Illinois.

The district has for decades been considered to be a safe Republican region. However, in recent elections, Democrats have made sweeping inroads, particularly in the suburban counties near Chicago. In 2018, for instance, Democrats ousted two incumbent Republican members of the U.S. House of Representatives, while winning unprecedented representation on county boards.

Thomas would have needed 60% approval to be retained. If voters in the Second District had chosen not retain Thomas, that seat would have been opened up to a partisan general election.

However, because of the timing of his announcement, Thomas was able to effectively select his interim replacement. Thomas’ fellow justices, in keeping with Illinois Supreme Court tradition, accepted his nomination of Justice Burke, appointing him to fill the seat until 2022, when the seat will be opened to general election.

And voters in the downstate Fifth Appellate District will select a replacement for Justice Karmeier, who also announced his retirement last year.

Thomas has served on the Illinois Supreme Court since 2000, when he was first elected to the court after serving six years on the Second District Appellate court, and as DuPage County’s chief judge from 1989-1994.

Thomas served as the state Supreme Court’s chief justice from 2005-2008, becoming the first judge from DuPage County to do so.

Thomas played 12 seasons of professional football, including 10 with the Bears.

He attended law school while still playing for the Bears, and was admitted to the Illinois Bar in 1981.

After seven years of private practice, Thomas was elected judge in DuPage County in 1988.

Upon his retirement from the state high court, Thomas indicated he will return to private practice, becoming part of the firm of Power Rogers & Smith, in Chicago, where his son, Jonathan, also practices law.

“It has been a great honor and privilege to have served on the Illinois Supreme Court as well as on the appellate and circuit courts over the past 32 years,” Justice Thomas said in a statement released by the Illinois Supreme Court. “While I will miss the collegial atmosphere with my colleagues on the court, I am ready to return to the practice of law and help clients achieve justice.”

Thomas’ colleagues on the court, current Illinois Supreme Court Chief Justice Anne M. Burke and Justice Lloyd M. Karmeier, the most recent past chief justice, both praised Thomas for his service on the court.

“Justice Thomas was the Chief when I joined the court and he cultivated a welcoming and professional environment. His great sense of humor made a challenging job more enjoyable for everyone,” said Anne Burke, a Democrat. “He led key court initiatives in the areas of professionalism, civility, continuing legal education and transparency. On behalf of the Supreme Court and the entire judicial branch, we thank him for his service to the judiciary and wish him the best in the next stage of his storied career.”

Karmeier, a downstate Republican, said Thomas will be remembered “for his clear thinking, insightful analysis and forceful writing,” as well as his “good humor, collegiality and intellectual thinking.”

“Bob was unwavering in his dedication to the highest standards of professional and civic responsibility,” Karmeier said in the statement released by the state Supreme Court. “He was utterly committed to protecting and improving our system of justice. His faith in the potential of the court system was infectious. He was always certain we could do better, and because of that certainty, we usually did. It has been a privilege to serve with him.”

Justice Michael Burke, 61, will take Thomas’ seat on the Illinois Supreme Court, effective March 2. He has served on the Second District Appellate Court since 2008. Before that, he had served as a DuPage County judge since 1992.

The announcements concerning Thomas and Burke has drawn reaction from across the state.

Gretchen Harris Sperry, president of the Appellate Lawyers Association and an attorney with the firm of Hinshaw & Culbertson, of Chicago, said the association wished to “congratulate Justice Thomas on his retirement.”

“Throughout his judicial career, and particularly in the last 20 years on the Illinois Supreme Court, Justice Thomas has made tremendous contributions to the development of the law and legal profession as a whole,” Sperry said in a statement emailed by her to the Cook County Record.

She said her association also congratulated Justice Michael Burke and Judge Brennan on their appointments, and “look forward to working with them.”

Gino DiVito, an attorney with the firm of Tabet DiVito & Rothstein, of Chicago, who formerly served on the First District Appellate Court, said, in Thomas' departure, the Illinois Supreme Court is "losing one of its dominant members."

DiVito and prominent appellate lawyer Michael T. Reagan, of Ottawa, both credited Thomas with insight into the law and ability to use questions from the bench to quickly cut through lawyers' arguments.

"More often than not, he (Thomas) was the first person to ask a question during Supreme Court arguments," said Reagan. "Not just to be first, but because he was always extremely well-prepared, and his question would use that preparation to get right to the heart of the case."

Reagan estimated he had argued about 20 cases before the Illinois Supreme Court when Thomas numbered among the justices.

He related a case in which Thomas quickly pulled the plug on his arguments by quickly determining a downstate judge had lacked jurisdiction under the law to grant a victory to a group of farmers Reagan was representing amid a dispute over power lines run by electrical utility Ameren.

"Practicality was a key value he brought to the court," said Reagan.

"You knew from his questions and comments that he had read the briefs and thoroughly understood the positions of the parties - as well as the consequences of the court’s decision," said DiVito. "Like his participation in oral arguments, his opinions always were insightful. Economy and clarity marked all his writings.

"He will be missed."

DiVito's partner at his firm, John Fitzgerald, who also serves as vice president of the Appellate Lawyers Association, also said he believed Thomas would "be remembered for his thoughtful opinions, his enthusiastic participation in oral argument, and his sharp wit."

Fitzgerald and DiVito also lauded the elevation of Justice Burke, with DiVito saying Burke "is up to the task" and has been "highly regarded by all" over three decades on the courts.

Fitzgerald added Burke "is highly regarded for his competence and integrity."