A divided appellate court has held a Chicago lawyer can’t use her maiden name on the March primary ballot for Cook County judge, saying the court would have to be “blind” to not recognize the lawyer has used her married name for years.

The Feb. 13 decision was delivered by Justice Eileen O’Neill Burke, with concurrence from Justice Maureen Connors, of Illinois First District Appellate Court. Justice Bertina Lampkin dissented. The decision was issued as an unpublished order under Supreme Court Rule 23, which means it cannot be cited as precedent except in the circumstances allowed by the rule. 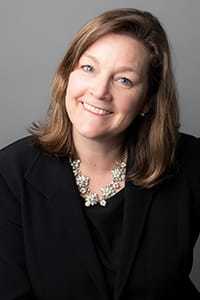 However, Karla Oberholtzer, of suburban River Forest objected, saying Jamieson Golden has consistently used the last name Golden for 20 years, practicing law, registering to vote and previously running for and holding office under that name, which she acquired through marriage. Oberholtzer claimed Jamieson Golden wants to employ her ethnic Irish maiden name to gain favor with unsuspecting voters. Politicial observers have claimed judicial candidates in Cook County can gain a substantial bump in their vote totals if they have Irish-sounding surnames, as opposed to names of other national or ethnic origins.

On Jan. 6, the Cook County Electoral Officers Hearing Board rejected Oberholtzer’s objection, agreeing with Hearing Officer Sally Saltzberg the name Jamieson is a given name and “not a new name acquired outside the ordinary name changes that occur in life,” such as marriage and divorce.

The board also noted Jamieson Golden was not bound to use Golden, even though she previously ran for office under that name.

Speaking for the majority view, Justice O'Neill Burke found the election statute requires a surname and Jamieson Golden was stuck with Golden for election purposes.

O'Neill Burke added: “This court would have to turn a blind eye to the fact that for over a decade the Candidate has practiced law under the name Golden.”

O'Neill Burke pointed out Jamieson Golden did not have to take on her husband’s surname, but did so and took steps to change her surname with the Illinois Supreme Court and other agencies.

“There is nothing mischievous or exploitive about Jamieson’s use of her birth surname instead of her married surname” and nothing suggests the birth surname would “mislead or confuse the electorate,” Lampkin said.

Jamieson Golden, of suburban Countryside, is with the Sotos Law Firm, of Chicago. In that role, she has defended numerous Chicago Police officers against misconduct charges, including convicted Chicago Police Commander Jon Burge and others associated with him.

She is married to lawyer Kevin Golden, who is with the firm of Dudley & Lake, of Chicago.

Jamieson Golden would face Maura McMahon Zeller in the primary. The Cook County Democratic Party has endorsed Zeller for the judgeship.

Oberholtzer has been represented by attorneys with the firm of Andreou & Casson, of Chicago.

Jamieson Golden has been represented by Chicago lawyer Scott Erdman.