The Illinois Supreme Court has determined defendants who offer to settle with a plaintiff before a motion for class certification is filed can still negate class actions under state law, despite a recent U.S. Supreme Court ruling plaintiffs said should upend that position.

The root issue is a 2016 Cook County lawsuit in which former tenants sued SVM Management over allegations the company violated a state housing law by failing to pay interest on security deposits, used unlawful lease and rider provisions and didn’t provide enough notice that parking lot lights were connected to tenants’ electrical meter.

The original complaint contained one individual and two class-action claims, but not a motion to "certify," or create, a class of additional plaintiffs. SVM offered the requested damages and legal fees on one claim and later moved to dismiss the other two. The plaintiffs rejected the offer, and SVM eventually argued the fact it proposed a settlement rendered the class claim moot. SVM pointed to the Illinois Supreme Court’s 2011 opinion in Barber v. American Airlines and 2015 opinion in Ballard RN Center v. Kohll’s Pharmacy & Homecare, to support that argument. 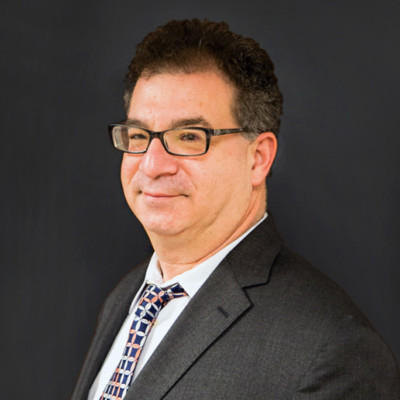 Justice Rita Garman wrote the unanimous opinion, issued Feb. 21. She said the plaintiffs asked the court to reconsider its opinions in Barber and Ballard in light of the 2016 U.S. Supreme Court opinion in Campbell-Ewald v. Gomez. Garman said it was proper to do so, as the U.S. Seventh Circuit Court of Appeals also has employed a new approach to those cases.

Garman said the state Supreme Court disagreed with the plaintiffs’ position that a Cook County judge had relied solely on SVM's offer to dismiss the entire complaint. Garman explained only the first count was tossed on those grounds. She said the plaintiffs forfeited their right to challenge the dismissal of the second count, for failure to state a cause of action, and that the justices wouldn’t consider the request to reverse the First District Appellate Court’s reinstatement of their third count, a decision in their favor.

In Barber, the state Supreme Court said a state appellate court shouldn’t have overturned dismissal of a complaint because the defendant in that case, American Airlines, had already refunded the contested amount — a $40 baggage fee it hadn’t refunded at the time a customer’s flight was canceled. In Ballard, the court agreed with the appellate panel that summary judgment was appropriate in favor of a defendant who had attempted three times to offer a plaintiff a check for more than the amount recoverable under one count of the complaint.

In Campbell-Ewald, Garman wrote, the U.S. Supreme Court expressly adopted Justice Elena Kagan’s analysis from an earlier dissenting opinion in which she suggested only a plaintiff can decide if an offered settlement fully resolves a claim. A case only becomes moot, the U.S. Supreme Court said, “when it is impossible for a court to grant any effectual relief whatever to the prevailing party.”

Garman explained the distinction between an offer, which is a statement of will, and a tender, which is a formal presentation of money. She further wrote “federal rule expressly contemplates a plaintiff’s choice to accept or decline,” whereas the state rule concerns a tender.

In the SVM case, Garman said, the company “unquestionably” tried to fully pay the requested amount. She reiterated the existence of a check only defeated one count of the complaint, not all three, and said the plaintiffs’ position SVM didn’t offer full compensations is “disingenuous” because a letter from SVM’s attorney “clearly asks” the plaintiffs’ lawyer to document full court costs and legal fees so they could be compensated.

The Illinois Supreme Court remanded the case to Cook County court and ordered SVM to deposit its tender with that court, where a judge will determine the plaintiffs’ costs and legal fees before dismissing the first count contingent upon SVM’s payment. The second count remains dismissed and a Cook County judge will proceed on the sole remaining count, the individual count concerning the parking lot lights.

The plaintiffs have been represented in the action by attorneys with the firm of Berton N. Ring P.C., of Chicago.

SVM has been represented by the firm of Sanford Kahn LLP, of Chicago.