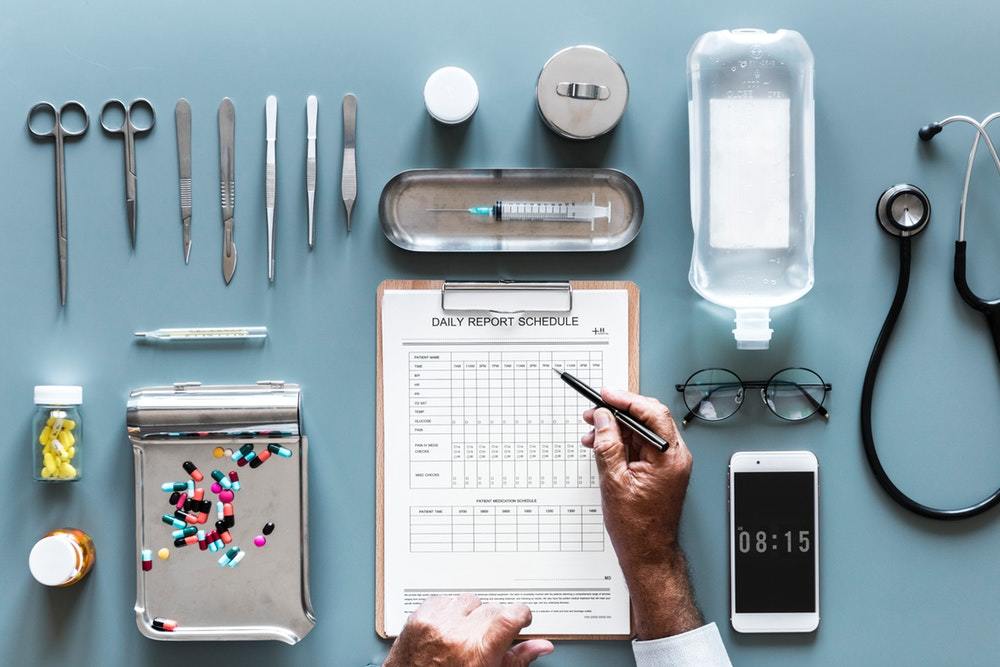 As the novel coronavirus outbreak spreads in the Chicago area and throughout the U.S., hospitals and public health agencies have said they are taking steps to increase stockpiles of medical devices, the protective equipment and other gear believed necessary to treat those with severe cases of the illness and protect health care workers and others that may be pressed into the response effort.

However, while demand escalates for these devices amid the effort to ramp up response to the outbreak of the virus known as COVID-19, supply has been constrained at some points because of several factors, say those who represent the companies that make and distribute those needed medical tools and equipment.

“We don’t want to overstate this,” said Greg Crist, a spokesperson for AdvaMed, a trade organization representing medical device manufacturers and others in the health care supply chain. “We are managing.

“But there is pressure on the system."

Months before the documented arrival of COVID-19 in the U.S., AdvaMed and the U.S. Food and Drug Administration had each reported concerns with the supply chain for a variety of medical devices.

That concern had centered on the capacity available to medical device makers and sellers to sterilize those key health care supplies.

In 2019, in Illinois and elsewhere, state actions resulted in the closure of several sterilization facilities, which were targeted over their use of the chemical known as ethylene oxide, or EtO.

Sterilizers use EtO to fumigate large quantities of key medical devices at a time. The devices include syringes; medical tubing, such as is used with IV systems, or for patient feeding or ventilation; catheters; oxygenators; respirators; shunts; implants; and even hospital gowns, drapes and some masks included in surgical kits.

However, last year, many of these sterilization facilities were targeted by both activists and trial lawyers, amid worries EtO emissions from those facilities could increase the cancer risk for those living and working nearby. They pointed to findings from the U.S. Environmental Protection Agency and the federal Agency for Toxic Substances and Disease Registry, which drew links between EtO emissions and increased cancer risk.

The uproar created in suburban Willowbrook, for instance, resulted in the state of Illinois, under Democratic Gov. JB Pritzker, taking action against a sterilization plant operated by medical device sterilization company Sterigenics.

That was followed in February 2019 by an order from Pritzker’s Illinois EPA to close the Sterigenics facility.

At no time did the state accuse Sterigenics of violating emissions limits established in its state-approved operating permit, or any other emissions standards. Rather, the state only argued Sterigenics had created a “nuisance” by emitting EtO at all.

Sterigenics fought the order in court, asserting the shutdown order was illegal and unconstitutional.

The order was resolved as part of a settlement agreement negotiated by Madigan’s successor, fellow Democrat Kwame Raoul, under which Sterigenics agreed to what would have been the strictest operating requirements for any sterilization facility in the country.

The requirements would have been even stricter than new regulations imposed by state lawmakers in a new EtO sterilization law enacted in June 2019.

The state’s actions, however, caught the attention of other sterilizers, of medical device makers and of the FDA.

In Illinois, the state’s other large medical device sterilizer, Medline, ultimately took its sterilization plant in suburban Waukegan offline late in 2019, to allow for the installation and testing of new emissions controls to bring it into compliance with new state rules.

That facility remained offline, as of March 10.

Sterigenics and Medline have also been targeted by dozens of personal injury lawsuits from trial lawyers, who have also used the EPA and ATSDR report to buttress their claims in court. Sterigenics and another company being sued over EtO emissions, chemical manufacturer Vantage, have asked the courts to dismiss the lawsuits, asserting the plaintiffs are attempting to use the courts to rewrite federal and state emissions rules and sidestep regulatory authority.

Elsewhere, activists also targeted EtO sterilization facilities in Georgia, and state and local officials responded to public outcry by shuttering one of them, a Sterigenics facility in Smyrna, Ga. That facility also remains closed.

In late 2019, the FDA publicly expressed concern over the real possibility of medical device shortages in the country, should any more of the country’s network of EtO sterilization facilities be closed.

The problem, say the FDA and groups like AdvaMed, arises from the combined capacity of the country’s sterilization network.

While the industry can absorb a plant closure or two, any more shutdowns could place a tremendous strain on an industry in which many plants already regularly operate at 90% capacity or more.

With the arrival of COVID-19, and the risk for even greater strain to be placed on America’s hospitals and health care system in the near future, Crist said the demand for a host of medical devices and sterilized equipment is rising, even as supply capacity remains constant.

He said the industry is working with federal agencies and other organizations to monitor the availability and distribution of the resources needed to combat the spread of the novel coronavirus and treat patients.

Crist said the effort is a fluid one, evolving “day-to-day.” But at the beginning of this week, he said AdvaMed’s “initial canvassing” had revealed “nine to 12” devices that are sterilized with EtO and used in settings in which they could be deployed to address COVID-19 incidences.

He said these include catheters, respirators, oxygenators, IV tubing and gowns, among others.

“Industrywide, we’re not seeing shortages,” Crist said. “But we are facing a limited capacity challenge.

“It's a day-to-day situation.”

The Cook County Record reached out to the American Hospital Association and the Illinois Department of Public Health, which is leading the state’s COVID-19 response effort, with questions related to medical device availability concerns.

A spokesman for IDPH replied with the following statement: “The Illinois Department of Public Health is working with local and national agencies to ensure equipment is available for the statewide response to COVID. Illinois has been preparing for such an instance and stands ready to address any issues that may come as a result of COVID-19 outbreak. Hospitals have been reviewing their needs, and we will assist them whenever possible.”

An AHA spokesperson did not reply to the questions.