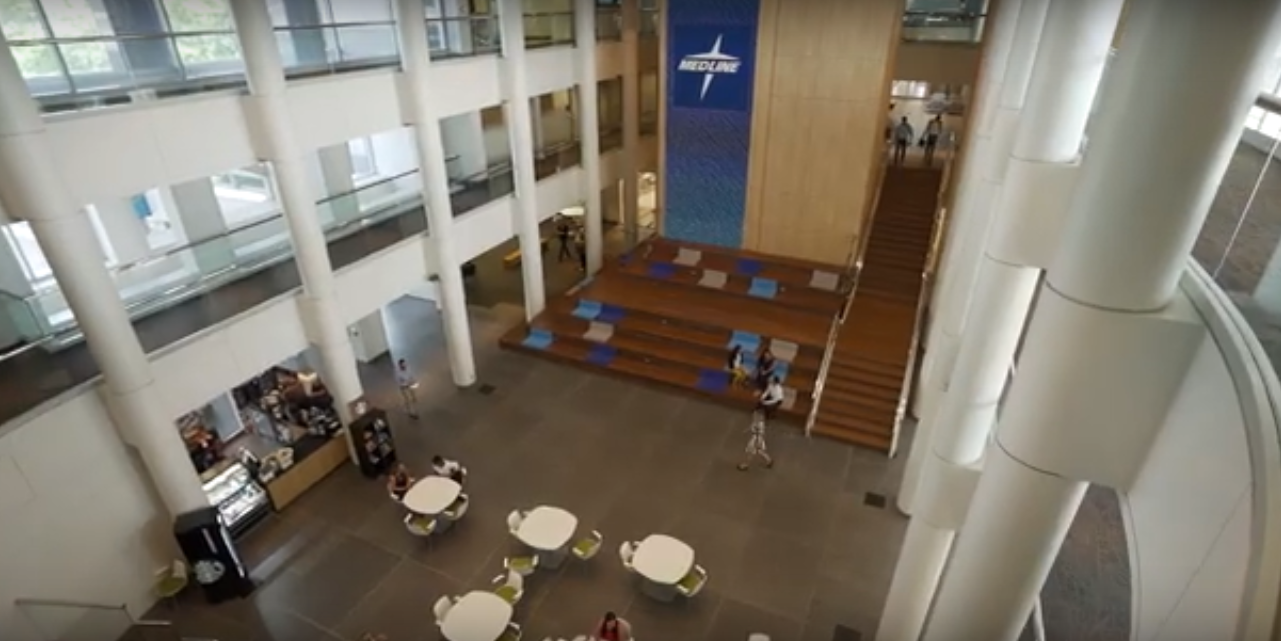 Late last year, a raging controversy over the use of the common industrial compound known as ethylene oxide was further stoked by the initial results of public health surveillance conducted around two medical device sterilization plants in Lake County.

While those findings suggested emissions from those sterilization plants have increased the cancer risk for those living near the facilities, findings from public health research in Texas have challenged that assumption.

Further, another researcher asserted even results showing elevated levels of the compound commonly known as EtO should be considered normal.

For nearly two years, concerns over emissions of a widely used industrial compound, known as ethylene oxide, have dominated discussions in several Chicago suburbs, and in Illinois’ state government.

Beginning first in suburban Willowbrook, the controversy, stoked by a group of activists and elected officials, led to the shut down and ultimate closure of the medical device sterilization facility run in that community by Sterigenics.

For the past couple of years, personal injury lawsuits from those blaming EtO emissions for cancers and other illnesses have poured into Cook County Circuit Court. Sterigenics has found itself the target of about 75 such lawsuits, and plaintiffs’ lawyers have promised more are likely on the way.

The legal actions have relied heavily on a finding from the U.S. Environmental Protection Agency and the federal Agency for Toxic Substances and Disease Registry, linking EtO emissions with a heightened cancer risk.

EtO is widely used in a range of industries for a number of purposes. However, the use of the compound has come under particular assault for its use to sterilize surgical kits and other medical devices, such as pacemakers. The medical device industry has said EtO is essential to such sterilization needs, because it is the most effective and efficient means of sterilizing essential medical devices, decreasing the risk of infection or device failure as a result of damage from other means of sterilization, like heat or radiation.

The industry has publicly worried over the availability of such medical devices, should sterilization plants be forced to shut down by government officials responding to public pressure.

Nonetheless, Sterigenics also came under legal assault from the state of Illinois, first through a lawsuit filed by the Illinois Attorney General’s office, and followed several months later by an order from the Illinois EPA, under Democratic Gov. JB Pritzker, who had used the emissions controversy as a campaign issue in 2018.

Sterigenics contested Pritzker’s EPA order, calling it unconstitutional and illegal, as the plant never exceeded the emission levels set by state and federal regulators. However, the company ultimately bowed to public pressure and exited the state.

In recent weeks, however, the focus has shifted north to Lake County, where activists and others have also pushed for action to be taken against medical device sterilizers Medline and Vantage Specialty Chemicals, who operate facilities in Waukegan and Gurnee, respectively.

Medline and Vantage both have been hit with similar lawsuits to those targeting Sterigenics. However, the companies to date have been allowed by the state to continue operating, and have not been targeted by official actions from Illinois’ Democrat-dominated government.

However, activists and some residents of the communities near the sterilization plants have urged further state action.

That push appeared to be bolstered by statements from a researcher at the University of Illinois at Chicago.

In December, the UIC School of Public Health released initial findings from a pilot surveillance project. The project analyzed blood samples from a nonrandomized group of 93 volunteers living near the Lake County sterilization plants. According to the findings released, participants living near the plants had blood EtO levels 68% higher than those living farther than 0.5 mile away.

The survey results provided to participating residents included a letter stating: “As you know, we are exposed to many cancer causing chemicals in everyday life, such as diesel exhaust, formaldehyde and cosmic radiation. Your individual risk of developing cancer from breathing ethylene oxide from nearby facilities is small compared to your risk for all other everyday exposure to carcinogens.”

Nonetheless, the surveillance project’s lead researcher, Dr. Susan Buchanan, clinical associate professor of environmental and occupational health sciences at UIC’s School of Public Health, issued a statement, following release of the initial findings, saying she believed “facilities emitting dangerous chemicals like ethylene oxide should not be located near homes, schools, businesses, parks or other areas frequently used by the public.”

In a statement provided by the UIC School of Public Health, Buchanan further said: “These figures should be seen as a powerful call to action for community members and policymakers to hold companies accountable.”

However, others have questioned just how strong the linkage may be between EtO and the cancer rate.

Gail Charnley, a Washington, D.C.-based toxicologist and independent researcher studying EtO sterilization, said the EtO levels revealed in the UIC findings “are within the normal range.” In a column published by the Daily Herald, Charnley noted 20 peer-reviewed publications have pegged the normal range of blood EtO levels 126% higher than the typical EtO levels reported among those living within 0.5 mile of the Lake County sterilization plants.

“Local monitoring shows that ethylene oxide levels in the air, whether close to or distant from this facility, are within the normal range,” Charnley said in her column. “There are many sources of human exposure to ethylene oxide, including the human body itself. Human bodies evolved making ethylene oxide. At normal levels of exposure, we are safe.”

At a conference in December, the TCEQ reported that in Jefferson County, a highly industrialized region along the Gulf of Mexico, east of Houston, with EtO emissions 300 times higher than most of the U.S., “the incidents of leukemia, non-Hodgkin’s lymphoma, and breast cancer are lower in Jefferson county than in the general U.S. population.”

“In fact, breast cancer incidence is statistically significantly lower in Jefferson County compared to both Texas and the U.S., despite EtO emissions that are 60 times higher than Texas at large and 307 times higher than the U.S.,” the TCEQ said in its conference notes.

“Based on USEPA’s 2016 assessment, the exact opposite of this reality would be expected.”

TCEQ argued that the “ill-founded concerns” about the carcinogenic risk posed by EtO do not stem from its carcinogenic potency, but rather the EPA’s “scientifically flawed assessment.”

In a study published last year, "Ethylene Oxide Carcinogenic Dose-Response Assessment" the TCEQ, among other things, observed that the "statistically significant overestimation of risk...undermines accurate risk communication and can lead to unintended societal consequences."

David Yates contributed to this report.